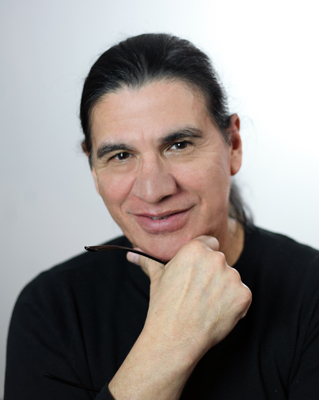 Daniel Catanach was born into a large Hispanic family and raised in Santa Fe, New Mexico. He served as the Artistic Director for the Urban Ballet Theater for 10 years creating over 30 original ballets including the critically acclaimed "Nutcracker in the Lower" which celebrated a 10 year run in New York's Lower East Side. Early on in his career he was appointed Rehearsal Director for the Kansas City Ballet where his duties included assisting Alvin Ailey on "The River." Mr. Catanach was also the Ballet Master for the Armitage Ballet for three years. He has been a guest choreographer and teacher at the Alvin Ailey American Dance Center, Steps on Broadway, Dance Theatre of Harlem, Broadway Dance Center, Dance Teacher Summit, New York City Dance Alliance, Male Dance Conference and Manhattan Youth Ballet. Nationally Mr. Catanach has created work and conducted master classes for Ballet Lubbock, Dallas Black Dance Theatre, Dallas Repertoire Ballet, Delaware Dance Company, Armitage Gone Dance, National Dance Institute, Central Pennsylvania Youth Ballet, Oklahoma Summer Arts Institute and NORD/NOBA Center for Dance in New Orleans. He also taught on the faculties of ParisCentre in France, Wilson Teatro da Danza in Rome, Italy and the Balettakademien in Stockholm, Sweden as well as in Canada, Mexico, Panama and Costa Rica.

Daniel's choreography for film include "Valentine, "Gravity" and "Rites of Spring" as well as contributing and appearing in a Carpenter's video when videos were still very new. He went on to work on many videos as a choreographer and later as a director for such artists as: The Divinyls, Sheila E., Joe Jackson and on a special benefit event with Madonna and Sandra Bernhard which also included the B52's at the Brooklyn Academy of Music "Don't Bungle the Jungle." Internationally, Mr. Catanach created choreography for CBS Records, France National tour of the film "Dancing Machine" which starred Patrick Dupond. His writing credits include off Broadway musicals and film scripts: Billy the Kid, IS, Robyn and Roadie's Super Holiday World, A Country of Children and Did I Do It?

He was first introduced to dance when he moved to Las Cruces, New Mexico to pursue a prelaw degree at New Mexico State University. He went on an exchange program to California State University Chico where he studied with Harold Lang and was awarded scholarships to the Lichine Ballet Academy in Beverly Hills, California, School of American Ballet, and the Alvin Ailey American Dance Center in New York City. He was a principal dancer and soloist for Kansas City Ballet where he was critically praised for his portrayal of "The Prodigal" in George Balanchine's " The Prodigal Son" and referred to as "The company's best dancer" by Anna Kisselgoff of The New York Times for his interpretation of "The Gigolo" in Todd Bolender's "Souvenirs." He was also a principal dancer with the Armitage Ballet, the Garden State Ballet, Connecticut Ballet Theatre, Santa Fe Dance Ensemble, Santa Fe Repertory Theatre, Lyric Opera of Kansas City, among others.

Mr. Catanach currently serves on the faculties of Steps on Broadway and Broadway Dance Center. Mr. Catanach continues to create work and teach for dance organizations throughout the North and Central Americas.