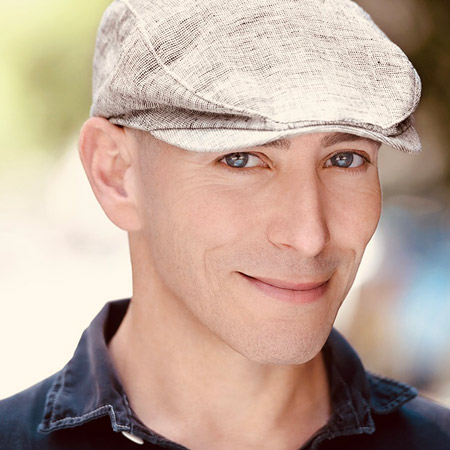 Most recently AC choreographed Billy Porter's hit music video CHILDREN and collaborated with Mr. Porter on his reimagination of THE LIFE for Encores at City Center.

AC was nominated for the TONY AWARD for 'Best Choreography' for Broadway's Hit musical FOOTLOOSE and has since choreographed and/or directed numerous productions of the show.

Off-Broadway, AC was nominated for the prestigious Joe A. Callaway Award for 'Outstanding Choreography' for his work on the production of LUCKY GUY. He choreographed THE BUBBLY BLACK GIRL SHEDS HER CHAMELEON SKIN starring LaChanze for Playwrights Horizons receiving a Lucille Lortel Award nomination for 'Outstanding Choreography, GHETTO SUPERSTAR starring BILLY PORTER produced by George C. Wolf for the Public Theater and THE LAST SMOKER IN AMERICA at the Westside Theater.

VICES: A Love Story, a sophisticated exploration of relationships told through music and dance, garnered AC the 2010 Carbonell Award for Best Choreography.

Ciulla won the 2003 EMMY Award for "Outstanding Choreography of a Television Special" for his innovative work with Olympic figure skating champions for the world renowned STARS ON ICE.

AC appeared as a recurring guest choreographer on SO YOU THINK YOU CAN DANCE.UA where he was named, the king of contemporary dance!

Other television credits include "STARR X'd LOVERS" - a three episode, DGA Award winning musical event on the ABC soap opera ONE LIFE TO LIVE and numerous episodes of Sesame Workshop's new version of THE ELECTRIC COMPANY (PBS) including the series' opening credits. He choreographed the entire 2nd Season of VIVA VARIETY as well as a video for comedian Jeffrey Ross on Comedy Central, several musical comedy bits for Late Night with DAVID LETTERMAN and Miss America 2017, he choreographed Savvy Shield's winning solo.

As a performer, AC made his Broadway debut in STARLIGHT EXPRESS at age 19. He was an eight time winner & semi-finalist on STAR SEARCH and toured as a featured soloist with the world renowned Jazz Dance Company WAVES. He toured the US with the dance sensation C&C MUSIC FACTORY, danced on the MTV Video Music Awards and had the honor of dancing along side of Michael Jackson.