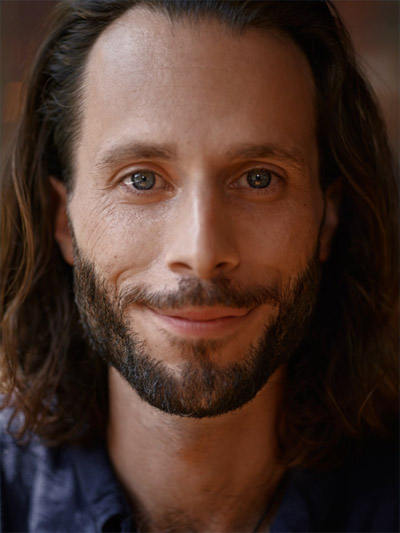 The "multi-talented Alex MacDonald" (The New York Times) is a NYC-based tap dancer, choreographer, dance educator, and songwriter, whose work has taken him across North America, Europe, Australia, Southeast Asia, and West Africa. As the original tap soloist for the popular vintage band, Postmodern Jukebox, he has performed at such esteemed venues as L'Olympia (Paris), NY City Center, The Kennedy Center (D.C.), and Red Rocks Amphitheatre (CO). Under the moniker "Jumpsuit Alex," he is the passionate hype-man for the Grammy award winning kindie band, Tim Kubart and the Space Cadets. Performance highlights with the troupe include the Austin City Limits Music Festival, Chicago's Lollapalooza, The Kennedy Center's Millennium Stage, and a U.S. Embassy arts exchange tour of Nigeria. As the former dance captain for Andrew Nemr's Cats Paying Dues, he has performed at NYC's Symphony Space, Webster Hall, 92nd Street Y, and Town Hall; as well as live on national television for the 45th annual Jerry Lewis MDA Telethon.

A Fulbright scholar, he received his M.A. in Ethnochoreology from the University of Limerick in Ireland ('13). He holds a B.A. in Musical Theater with a dance minor from SUNY Geneseo ('08) and is a proud alumnus of the School at Jacob's Pillow. He is grateful to have studied under and performed the works of such tap luminaries as Dianne Walker, Sam Weber, Andrew Nemr, Derick K. Grant, Dormeshia, Jason Samuels Smith, and Michelle Dorrance.

Class description:
A patient and intuitive teacher, his classes focus on embodiment and musicality, while providing students with a deeper awareness of the cultural history of the dance.