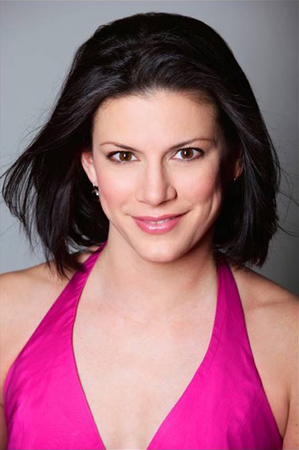 Amanda was born in Texas and began her training with Ballet Austin and Pat Mitchell. She continued her dance studies in Brazil with Norma Biavaty, and with the faculty at the North Carolina School of the Arts. Amanda attended the Hungarian National Ballet School in the summer of 1990 before moving to New York to study at The School of American Ballet. Following the student workshop, she was invited to join the New York City Ballet. During her 15 years with the company, she performed principal roles in ballets by George Balanchine and Jerome Robbins, and was featured in many new works. Amanda appeared in several Live From Lincoln Center broadcasts with NYCB, and in the 1993 Warner Brothers movie, George Balanchine's The Nutcracker. She was also featured in Shape Magazine, Oprah Magazine, Pointe Magazine, and Scotland's Caledonia.

In 2006, Amanda left NYCB to be an original cast member in Phantom: The Las Vegas Spectacular, under the direction of Hal Prince and Gillian Lynne. She returned to New York the following year, and from 2007-2009, she worked in Phantom on Broadway and on the National Tour. In 2010, Amanda was selected as the "swing" in the original Broadway cast of Twyla Tharp's Come Fly Away. When the show moved to the Encore Theatre in Las Vegas, Ms. Tharp invited her to be the dance captain for the production. In 2011, Amanda graduated summa cum laude from Fordham University with a B.A. in Arts Administration, and rejoined Broadway's Phantom of the Opera, serving as the show's assistant dance captain until 2014. From 2015-2018, Amanda was on faculty at Central Pennsylvania Youth Ballet, and she choreographed for their students and the students of Ballet Academy East in New York City.