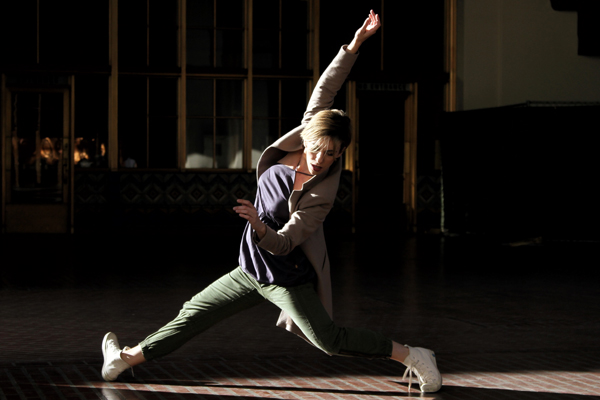 Founded by Lillian Rose Barebeito and Tina Finkelman Berkett in 2007, BODYTRAFFIC creates world class dance in Los Angeles by commissioning distinctive choreographic works for its company of exceptional dancers. BODYTRAFFIC shares its love and reverence to dance around the globe through versatile performances, extensive outreach offerings, and inspiring educational programs. Over its 14 years of existence, BODYTRAFFIC has pushed boundaries to establish Los Angeles as a cultural center for dance, and Artistic Director Tina Finkelman Berkett is deeply committed to preserving BODYTRAFFIC at the forefront of the concert dance world.

Named "the company of the future" and "one of the most talked-about companies - not just in LA, but nationwide" by the Los Angeles Times, BODYTRAFFIC is internationally recognized for its high caliber work and palpable love of dance. BODYTRAFFIC is home to an exceptionally versatile family of world-renowned dancers who have trained with the likes of Mikhail Baryshnikov, The Juilliard School, Hubbard Street Dance Chicago, School of American Ballet, and more. BODYTRAFFIC's diverse repertory includes original works by McArthur Fellow Kyle Abraham, Stijn Celis, Fernando Magadan, Barak Marshall, Ohad Naharin, Matthew Neenan, Arthur Pita, Victor Quijada, Hofesh Shechter, Richard Siegal, Micaela, Taylor, Wewolf, and many more incredible choreographers. BODYTRAFFIC seamlessly pays homage to traditional styles and techniques, while forging the way for contemporary dance of today.

BODYTRAFFIC has performed for sold-out audiences at prestigious theaters and festivals around the world. In 2016, BODYTRAFFIC made its Hollywood Bowl debut with the Los Angeles Philharmonic. In 2017-2018, the company celebrated its 10th season with an international tour to more than 20 cities, including Moscow and St. Petersburg for the CONTEXT Diana Vishneva Festival, and The Hague, Netherlands for The Holland Dance Festival. The season culminated with performances at the Wallis Annenberg Center for the Performing Arts in Beverly Hills, where BODYTRAFFIC is honored to currently be the company-in-residence.

BODYTRAFFIC's extensive outreach and education program touches lives at home in Los Angeles and throughout the world. The company's artistic directors and dancers provide training opportunities for pre-professional and professional dancers, as well as, customized dance experiences for people of all walks of life, with an emphasis on sharing with underserved populations.

In 2015, BODYTRAFFIC was selected by the Obama Administration to be cultural ambassadors of the United States to Israel and Jordan via DanceMotion USA, a dynamic cultural diplomacy program that supports United States foreign policy goals by engaging international audiences through educational opportunities, cultural exchange, and performance. Produced by BAM (Brooklyn Academy of Music), DanceMotion USA is a program of the Bureau of Educational and Cultural Affairs of the US Department of State. BODYTRAFFIC has also served as cultural ambassadors of the United States in South Korea (2016), Algeria (2017-2018), and Indonesia (2018).