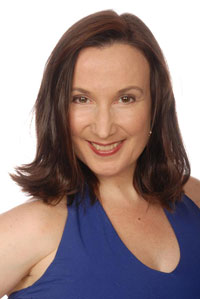 Barbara Duffy, hailed as "A riveting performer" (Independent UK, London), amazes audiences around the world with her "highly sophisticated approach to music and ... jazzy, expressionistic moves " (Chicago Sun Times). According to the late Gregory Hines, "Barbara Duffy is one of the most inventive tappers around..."

Barbara performs regularly as a featured soloist across the United States and overseas (including Germany, U.K., France, Finland, Spain, Israel, Brazil, China, Japan, Holland and Estonia). Barbara's appearance at London's Queen Elizabeth Hall for the Queens Jubilee caused reviewers to rave "Duffy began with 'Soldier's Hymn', dancing her own choreography of quiet and unhurried syncopation in conversation with the music's rumbling rumba ... By the end, ... we were her slaves."(Independent UK, London).

Barbara was a featured dancer, actress and choreographer on the CBS sitcom "The Gregory Hines Show". Some of her other television appearances include the 1997, "Gala For The President", Ford Theater, Washington D. C. (ABC), where she was honored to perform with Gregory Hines before President and Mrs. Bill Clinton, "Sesame Street"(PBS), with Savion Glover, Jimmy Slyde and Buster Brown and "Great Performances - Tap Dance in America" (PBS), with Brenda Bufalino's American Tap Dance Orchestra.

Barbara was a founding member, featured dancer and dance captain of the American Tap Dance Orchestra from 1986 to 1995. She has also performed in and acted as assistant choreographer for several compositions by Savion Glover. Her choreography has been performed by companies in North Carolina, New Jersey, Washington DC, Maryland, Virginia, Brazil, and Switzerland. Barbara is the Artistic Director of Barbara Duffy & Company, her own company of all women tap dancers. In August, 2008, Barbara received the "Rhythm World Award" for preserving and passing on the legacy of Leon Collins.

A highly sought after master teacher, Barbara has taught at numerous workshops and festivals in 20 countries around the world. She was also an Artist-in-Residence at the University of Richmond in 2004. She was an adjunct professor at Manhattanville College during the 2006 spring term and when not on the road, Barbara holds regular classes in New York City at Steps on Broadway and The American Tap Dance Center. Barbara's greatest inspirations are Brenda Bufalino, the late Leon Collins and the late Gregory Hines.


Intermediate: The focus of this class is technique, musicality and expression.

Beginner: The focus of this class is drilling the basic tap steps, learning how to weight shift and learning a combination.

Adv/Beg: This class focuses on technique, using the body, singing rhythms and a combination.

Improvisation: A mixed level class (no absolute beginners) This is a non-competitive, supportive class, where even a newcomer can feel "safe". The class focuses on different exercises and tools students can use to help them expand their creativity physically, technically, musically and emotionally. FUN!