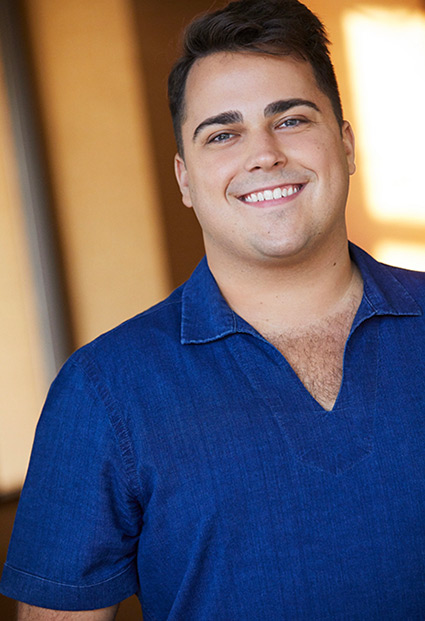 Beau Harmon (he/him) is a New York City-based performer and choreographer. Born and raised in Kennesaw, Georgia, Beau began his dance training at the age of three. He went on to attend Texas State University where he received his BFA in Musical Theatre under the direction of Kaitlin Hopkins. In his summers, Beau has trained with The Joffrey Ballet and The Globe Theatre in London.

Most recently, Beau was seen on season 17 of So You Think You Can Dance, where he finished as a top 6 contestant. While on the show, he had the honor of working with acclaimed choreographers such as Al Blackstone, Talia Favia, Luther Brown, Brian Friedman, Dominique Kelly, Emma Slater, Sasha Farber, Jonathan Redavid, Chase Haley Bowden, and Mandy and Elizabeth.

Some of Beau's regional performance credits include The Music Man (Marcellus) and Guys and Dolls (Angie the Ox) at Wagon Wheel Center For The Arts. As well as Twist, An American Musical at the Alliance Theater, directed and choreographed by Debbie Allen.

Now with two decades worth of experience, Beau is thrilled to have the opportunity to teach at Steps on Broadway. In Beau's class, all are welcome. He firmly believes that to dance is to celebrate life and that dance is meant for every body.