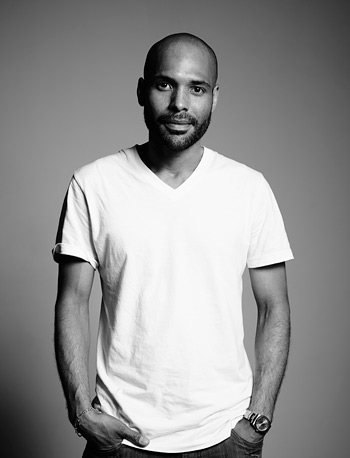 Benoit Swan Pouffer was most recently the Artistic Director of Cedar Lake Contemporary Ballet, a position he held since 2005.

Born and raised in Paris, his career began with study at the prestigious Conservatoire National Superieur de Musique et de Danse, where he performed works by such renowned French choreographers as Claude Brumachon, Daniel Larrieu and Angelin Preljocaj. In April 1993, Pouffer took first place in the Benetton European Dance competition.

His distinguished career as a professional dancer includes a seven-year tenure with the Alvin Ailey American Dance Theater, seasons with Philadanco and Donald Byrd/The Group, as well as offering outreach programs in South Africa and master classes throughout Europe.

The New York Times has credited Pouffer with an artistic and pioneering vision that combines skilled technique and a remarkably distinctive world-class repertory that breathes new life into the art form. He has also established an international reputation for identifying and developing exceptionally talented dancers.

The New York Times recently stated:
"Luckily Benoit-Swan Pouffer, the French-born artistic director of Cedar Lake, seems to have taken it upon himself to introduce audiences to a new generation of European choreographers."

In 2005, Pouffer introduced and choreographed the first of a series of installation performances. Critically acclaimed and representing an innovative, less formalized approach to dance performance, Pouffer pushed forward the traditional audience experience to create a truly collaborative work between the performer and the audience.

His original works for Cedar Lake also include Seed, Between Here and Now, Hammer, Vastav, Glassy Essence, On This Planet and NU.

Pouffer was also featured in, and created the dance sequences for the major motion picture The Adjustment Bureau, including original choreography for the film's leading lady Emily Blunt. His work on the film earned him a 2011 Fred and Adele Astaire award nomination for Best Film Choreography.

Pouffer's current work can be seen in the new Broadway show Soul Doctor, which opened in August 2013, and is directed by Daniel Wise.