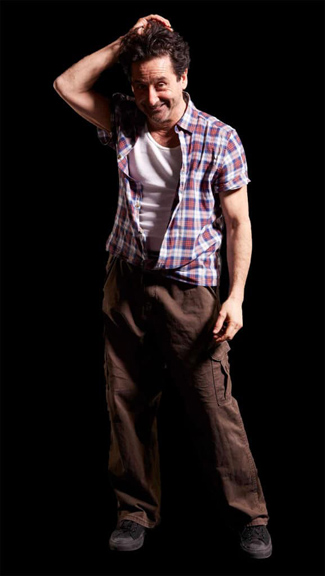 "What Do You Want To Be When You Give Up?", Billy's most recent one-act play has had successful 2019 premieres in New York City at the Mark O'Donnell Theater, in London at the Bathway Theatre, and in Providence at Rhode Island College. As Artistic Director/Founder, Jump Rhythm®, a performing and teaching company he founded in 1990, Billy has had his body of theatrical choreographic work performed all over the world. He was awarded an Emmy Award for original choreography featured in the HMS-Media-produced documentary, Jump Rhythm® Jazz Project: Getting There. His most recent essay, DEMOCRACY'S ENERGY: How the African-American gift to the world called swinging a beat beats back despair; says letting go is better than holding on; warns democracy can only work when you practice it on yourself; and, along the way, relieves lower-back pain will appear in a forthcoming book about Jump Rhythm® titled Democracy's Energy: Getting Down to Go Forward.

Billy, a former jazz and rock drummer, holds an undergraduate degree in literature from Brown University and a graduate degree in writing (about jazz music and dance) from New York University's Gallatin Division. He has performed with the Don Redlich Dance Company (NYC); taught theatre-movement at Hunter College; performed as actor, singer, and/or dancer in off-off-Broadway plays and musicals including the Broadway production of Singin' in the Rain. He studied Meisner-based acting with Tim Philips and unmannered voice production with Joan Kobin.