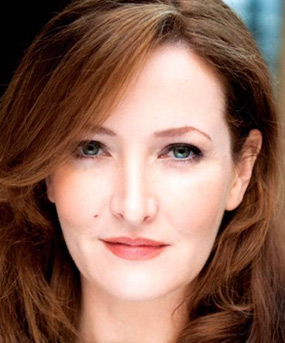 Bronwen Carson is an award-winning actor, and Theatre and Film Director. She teaches master classes in acting for the stage, acting for the camera, physical theatre and performance development for dancers throughout the US, most recently at Juilliard, The En Avant Foundation and in Spring 2017 at ABT. In2015/16 Bronwen was the recipient of two residencies at Ironbound Theatre, and The Director's Lab at The Actor's Studio.

She recently completed filming Tunnels Above Ground, a film she both wrote and directed. She will be directing two additional films in 2016/17.

A member of SDC, SAG-AFTRA, and AEA, Bronwen's director credits include: April/s Fool (NYC Fringe 2014 Excellence in Directing Award); Viva America- Broadway workshop; and off-Broadway The Cherry Orchard, In The Key of Cy (Assoc. Dir), the world premiere of Jack's Back (Co-Director / Choreographer - NYIT Excellence in Choreography Nomination), 49th Street and Other Stories (Director-Movement Director), Playing with Fire (The Private Theatre), The Dragon Play (Articulate Theatre Company, NYC), Two Days Til Dawn, and for The Neighborhood Playhouse Myopia, Fugue, and Dim Sum. She directed Sunday in the Park With Phil for the Piney Fork Festival, NYC.

Upcoming projects include: directing A Savage, Simple, working with TE'A Project of NYC as the movement director for The America Project, presenting "Aspect Ratio", an installation film and movement piece, and expanding upon her physical theatre production Dust.

She offers private coaching in acting and artistic career advising. Her students work consistently in feature films, Broadway and television.