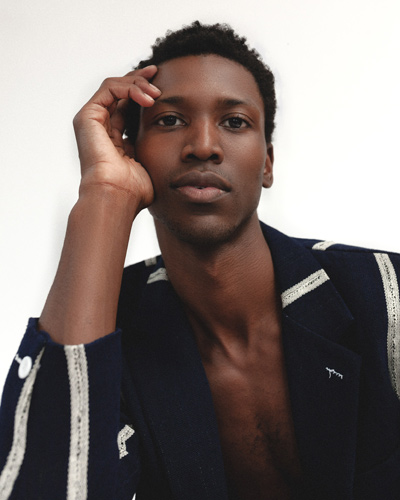 Calvin Royal III began his formal dance training at the Pinellas County Center for the Arts at Gibbs High School in St. Petersburg, Florida. In April 2006, he was a finalist at the Youth America Grand Prix Scholarship Competition and was awarded the Ethan Stiefel Scholarship to attend American Ballet Theatre's Jacqueline Kennedy Onassis School. Royal joined ABT II (now ABT Studio Company) in 2008, and the Main Company as an apprentice in 2010. He was promoted to the corps de ballet in 2011, Soloist in 2017, and in 2020, he was appointed Principal Dancer.

Royal was a finalist at the Clive Barnes Awards, the winner of the Leonore Annenberg Fellowship, and the July 2020 cover of Dance Magazine titled "A Royal Arrival." He has soared in numerous ABT productions of Swan Lake, M anaon, Fancy Free, Apollo, Romeo & Juliet, and has worked and collaborated with choreographers, Twyla Tharp, Mark Morris, Wayne McGreggor, Kyle Abraham, Michell Dorrance, Benjamin Millepied, Jessica Lang, Pam Tanowitz, Justin Peck, and many more. Royal has been featured in global campaigns for GAP, Tommy Hilfiger, Calvin Klein, Target's billboard in Times Square, Ralph Lauren and Canali and he has been named the 2020/21 Artist in Residence at Vail Dance Festival, in Vail, Colorado.