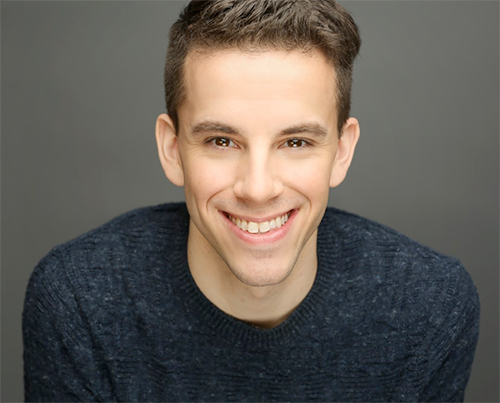 Chaz Wolcott is a choreographer based in New York City. He earned his BFA in Dance from Oklahoma City University. Chaz's work has been seen in regional productions of Mary Poppins, Kiss Me Kate, Crazy for You, Cats, Mamma Mia and La Cage aux Folles. Chaz has directed/choreographed four productions of Newsies as well as created original work for multiple choreography showcases in NYC including BDC's Showcase and Night of Life. Upcoming directing projects include: Thoroughly Modern Millie, Bright Star and Me and My Girl.

Chaz donates his time to Broadway Cares/Equity Fights AIDS, having supervised the collecting efforts while on tour. His choreography has been featured in Red Bucket Follies, Gypsy of the Year (both at Broadway's New Amsterdam Theatre) and Broadway Backwards (at Broadway's Al Hirschfeld Theatre). Chaz has also produced, directed, and choreographed multiple cabaret fundraising events for BCEFA, which were picked up and brought to NYC's Feinstein's/54 Below. 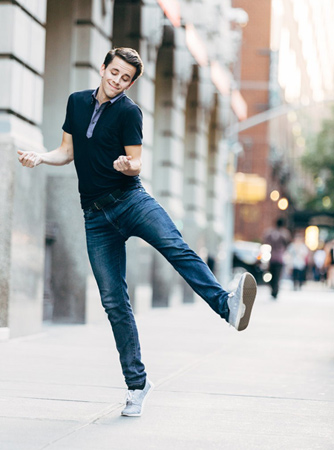 As a performer, Chaz has been seen as Buttons on the First National Tour of Disney's Newsies. You can also catch Chaz's performance in Disney's "Newsies: The Broadway Musical", available for digital download on iTunes, Netflix and Amazon. Chaz also starred in the 30th Anniversary Tour of Cats as the Magical Mr. Mistoffelees. Chaz was featured on FOX's "So You Think You Can Dance". Favorite regional credits include: 42nd Street (Andy Lee), Mary Poppins, Gypsy, Legally Blonde and productions at Music Theatre of Wichita, Merry-Go-Round Playhouse, The Gateway, Lyric Theatre of Oklahoma, Fulton Theatre, The Fireside, Casa Mañana, Westchester Broadway Theatre, Gretna Theatre and more.