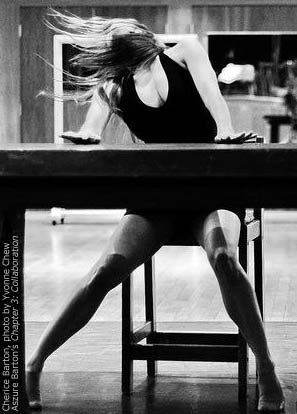 Cherice Barton is thrilled to have recently joined the creative team of America's Got Talent as Choreography Associate following her work with George Lucas, choreographing an untitled Lucasfilm Animated Project. She choreographed the Off Broadway production, Wearing Lorca's Bowtie, at the Duke on 42nd Street and is proud to have been on the original creative team of the epic Broadway show, Spider-Man, Turn Off the Dark. Prior to Ms. Barton's return to NYC from Las Vegas, she was the resident choreographer and casting evaluator for Franco Dragone's cirque aquatic spectacle, Le Reve, at the Wynn Resort Hotel and Casino.

Cherice Barton's performance career has spanned 20 years in over 30 countries across six continents. The eldest of the three Barton sisters, all successful artists, Cherice is keeping the crazy Barton tradition alive as a creative force of her own while devoting her heart to her two beautiful daughters, beloved husband and the best family a girl could ask for.