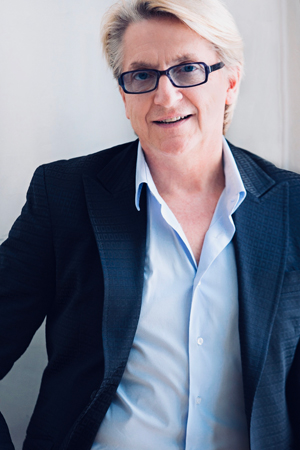 Multi-Award Winning Director/Choreographer CHET WALKER has garnered acclaim onstage in theaters across the globe, in television, film, music video and all commercial media.

Chet most recently received the Outer Critics Circle Award, the Drama Desk Award, the Astaire Award, and a Tony nomination for his choreography of Stephen Schwartz's Pippin, the acclaimed revival directed by Diane Paulus. The revival garnered an astonishing 10 Tony Award nominations including Best Choreography, winning for several, including Best Revival of a musical.

Chet originally conceived the 1999 Tony-Award-winning musical Fosse which also won an Outer Critics' Circle Award and the Toronto Theater Alliance Award for Choreography. Other award nominations for Fosse include the L.A. Critics' Award and the Outer Critics' Circle Award, both for choreography, and the Olivier Award for Conceiver of Best Musical. Chet is also recipient of the L.A. Drama-logue Award for Best Choreography for Best Little Whorehouse in Texas; Sweden's equivalent of the Tony Award for Best Choreography for Annie Get Your Gun; and Chicago's Joseph Jefferson Award for his co-choreography of Pal Joey at the Goodman Theatre.

Chet's newest project in development is the musical, Being Jack Cole (working title) which he will direct and choreograph for Broadway and the West End. Other directing/choreographing projects include Madie and Me, The Return of Peter Pan, Dream it Real, Only You Can Save Mankind, Wordsmith, Thinking Out Loud, a new play for London, and a new ballet with composer Stephen Schwartz, Boy on the Roof.

His Broadway performing career began at the age of sixteen when he appeared in the first revival of On the Town. Other Broadway credits include: Lorelei, The Ambassadors, and four Bob Fosse musicals: The Pajama Game, Dancin', Sweet Charity, and Pippin. Coming full circle, in 2019 Chet created a production/holding company in London, Three Four the Show, Ltd., with partners Shaun McKenna and Guy Kitchenn, (www.three4theshow.com).