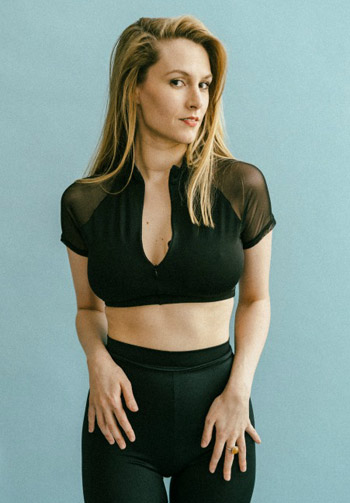 Christine Cornish Smith was most recently seen on Broadway in the Original Revival Cast of Kiss Me, Kate! (featured dancer, Lois/Bianca first cover). Christine is most well known for her portrayal of Bombalurina in the OBC revival of CATS (Chita Rivera Award Nominee - best female performance in a Broadway Musical). She was also seen in the OBC of My Fair Lady in 2018 at Lincoln Center. Other credits include: Laurey Williams in Susan Stroman's Oklahoma! at the MUNY, Sheila Bryant in A Chorus Line at the Riverside Theater, original revival tour of Joseph and the Amazing Technicolor Dreamcoat helmed by Andy Blankenbuehler, and more.

She has also performed as a principal vocalist with the Fort Wayne Philharmonic, the Phoenix Symphony, and the Niagara Symphony Orchestra, as well as was a finalist in Kurt Weill's Lotte Lenya Vocal Competition in 2014. She appeared in the 25th Anniversary Concert performance of Crazy For You at Lincoln Center, as well as danced the Girl in the Yellow Dress in Stroman's Contact for multiple galas and benefits. Christine helped create choreography and appeared on HBO's "Last Week Tonight" with John Oliver and has appeared on "Good Morning, America," "The Today Show," "The Macy's Thanksgiving Day Parade," and "The Tony Awards".