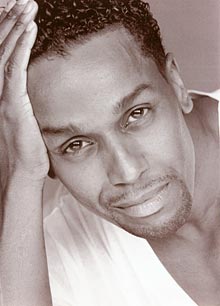 Since his departure from the renowned Alvin Ailey American Dance Theater, Christopher has worked as a freelance artist for the past sixteen years. As a dancer, teacher and choreographer he has worked in five European countries, Japan and throughout the US. Born in Boston MA, Christopher trained under Andrea Herbert Major, Danny Sloan and Martha Gray. He attended the State University of New York at Purchase and the Juilliard School at Lincoln Center. Christopher has appeared as a guest artist for several dance companies in the US and abroad. He was a featured performer for the Essence Awards, Broadway's A Few Good Men and Debbie Allen's musical Soul Possessed at the Alliance Theater in Atlanta. He is the 2002 recipient of the Ira Aldridge Award for best Choreography from the Black Theater Alliance in Chicago for his work Emmy Behind the Gates for Philadanco.