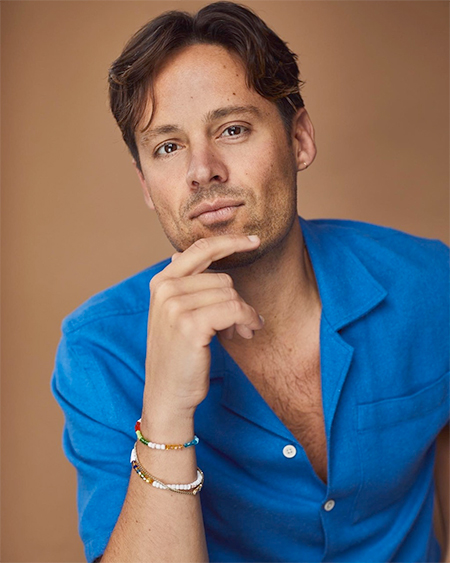 Christopher Jarosz started his dance training at a very early age. After continuing his dance training throughout high school, Chris was accepted to the prestigious Southern Methodist University dance program on scholarship. At SMU, Chris studied ballet, modern, and jazz, and performed works by Twyla Tharp, Alvin Ailey, William Forsythe, Paul Taylor as well as many others. His choreography at SMU was often featured in Best of Student Choreography showcases.

In 2008, Chris auditioned for the fourth season of the hit reality TV show "So You Think You Can Dance", and made it all the way to the top 20 dancers. There, he had the honor of working with Mia Michaels, Tyce Diorio, Wade Robson, and Tabitha and Napoleon. After the show, Chris returned to college where he graduated with a BFA in dance. Immediately after graduation, he was offered an original cast member role in Cirque Du Soleil's Viva ELVIS! in Las Vegas. Cirque Du Soleil handpicked Chris to represent the show on many television shows, such as "So You Think You Can Dance", "Dancing With the Stars", "The Bachelor", and "The Emmy's".

After his time in Vegas, Chris decided to move to Los Angeles, where his dance credits continued to thrive. He was a featured dancer on television shows/commercials such as "Glee", "Fuller House", ABC's "The Secret Life of an American teenager", Toyota 2015 and was a dancer in the films LA LA Land (Choreographer Mandy Moore) and Behind the Candelabra (choreographer Marguerite Derricks). He can also be found right next to pop star JLO on her "Dance Again" single album cover. Chris rejoined Cirque Du Soleil in the cast of IRIS at the Kodak theater as well.

After over four years in LA, Chris decided to change things up and move to NYC. In the summer of 2016 he was part of the original cast of the Radio City summer show The New York Spectacular. Since the show, Chris continues to work commercially in NYC. He has appeared multiple times on "Good Morning America" and "The Today show", representing artists such as Derek and Julianne Hough and Betty Who. Chris also finished the National Tour of Wicked. He has been fortunate to work closely with other choreographers such as Stacey Tookey, Spencer Liff, Vincent Paterson, Bonnie Story, Mia Michaels, Rich and Tone, Al Blackstone, Zach Woodlee and Brooke Lipton. In his spare time, Chris teaches and choreographs all over the United States and internationally.

Most recently, Chris is the associate choreographer for Devil Wears Prada on Broadway, In the Heights movie - and is featured in an upcoming film starring Jlo "Marry Me".