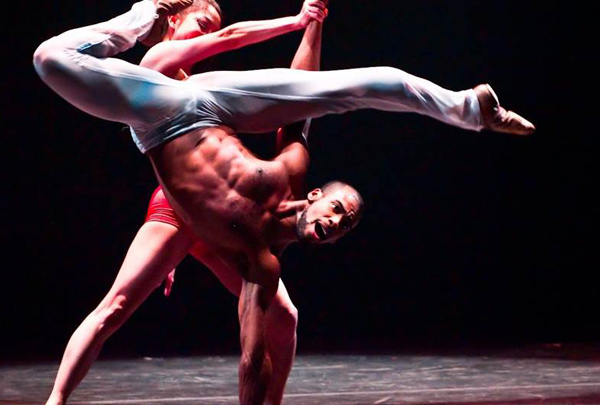 Complexions was founded in 1994 by Master Choreographer Dwight Rhoden and the legendary Desmond Richardson with a singular approach to reinventing dance through a groundbreaking mix of methods, styles and cultures. Today, Complexions represents one of the most recognized and respected performing arts brands in the World. Having presented an entirely new and exciting vision of human movement on 5-continents, over 20-countries, to over 20-million television viewers and to well over 300,000 people in live audiences, Complexions is poised to continue its mission of bring unity to the world one dance at a time.

Complexions has received numerous awards including The New York Times Critics' Choice Award. It has appeared throughout the US, including the Joyce Theater/NY, Lincoln Center/NY, Brooklyn Academy of Music/NY, Mahalia Jackson Theater for the Performing Arts/New Orleans, Paramount Theatre/Seattle, The Music Center/Los Angeles, Winspear Opera House/Dallas, Cutler Majestic Theater/Boston, New Victory Theater/NY, and Music Hall/Detroit, The Bolshoi Theater, The Kremlin, The Mikhailovsky Theater, Melbourne Arts Center, and will make it's debut at the Kennedy Center in 2017, as a part of Ballet Across America.

The company's foremost innovation is that dance should be about removing boundaries, not reinforcing them. Whether it be the limiting traditions of a single style, period, venue, or culture, Complexions transcends them all, creating an open, continually evolving form of dance that reflects the movement of our world—and all its constituent cultures—as an interrelated whole.

In 2006, Complexions held their first Summer Intensive program, serving 80 students in its first year. The program has grown to multiple cities and serves over up to 600 students annually. Since 2009, a Winter Intensive was added to the roster, serving an additional 400 students, and CCB added its Pre- Professional Program in 2016. Complexions' artistic directors and company members teach master classes throughout the world, sharing the Complexions technique with dancers of all levels.

Together, Rhoden and Richardson have created in Complexions an institution that embodies its historical moment, a sanctuary where those passionate about dance can celebrate its past while simultaneously building its future. In the 24 years since its inception, the company has born witness to a world that is becoming more fluid, more changeable, and more culturally interconnected than ever before—in other words, a world that is becoming more and more like Complexions itself.