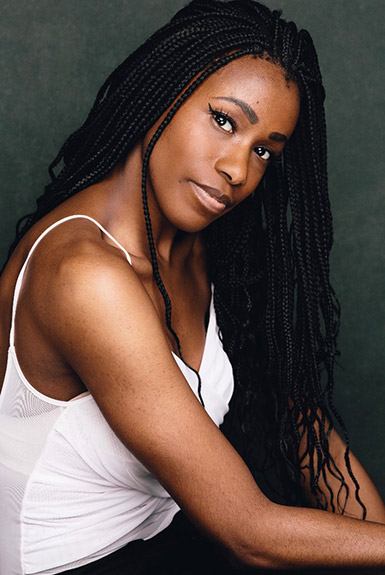 Courtney Jenée Sauls was born and raised in Abingdon, MD. She received her earliest training from the Mid-Atlantic Center for the Performing Arts and the Baltimore School for the Arts. At 18, Courtney moved to New York City to attend The Ailey School and is a graduate of the Certificate Program!

She has performed as a professional artist nationally and internationally with companies such as The Von Howard Project, Forces of Nature, Ballet INC and Continuum Contemporary Ballet. From 2015 until 2018 Courtney took a brief hiatus from performing and accepted the position of Assistant Company Manager for the Alvin Ailey American Dance Theater. Currently she is represented by CESD Talent Agency in New York and is blissfully continuing her artistic career. She can be seen on shows such as, The Unbreakable Kimmy Schmidt on Netflix and Season 2 of POSE on FX. Courtney also teaches throughout the tri-state area, and is an on going faculty member for Steps On Broadway!