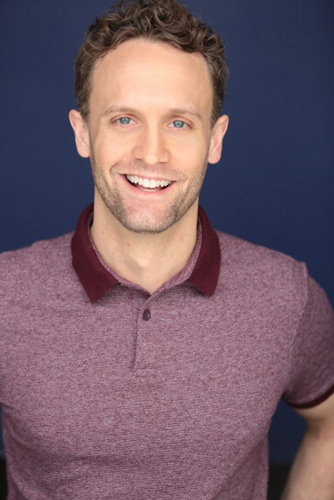 Danny made his Broadway debut as "Lucky" in Dames At Sea. He was "George M. Cohan / Dad" in the NY Spectacular starring the Rockettes at Radio City Music Hall. He was also seen performing along-side Tommy Tune in Encores! production of Lady, Be Good! at City Center. He has performed with symphonies nation-wide in Here to Stay - The Gershwin Experience! and toured with the Broadway productions of Irving Berlin's White Christmas and 42nd Street.

Off-Broadway credits include All Dancing! All Singing! Irving Berlin in Hollywood! and Irving Berlin: American (92nd Street Y), Everybody Gets Cake and Room 17B both at 59E59 Theaters and both nominated for Drama Desk Awards, Dragons at The York Theatre, and Time Step at the New Victory Theater. Some of Danny's favorite roles he has performed at regional theaters are: Bobby in Crazy For You at the Signature Theatre, The D'Ysquith family in A Gentleman's Guide to Love and Murder at the Engeman Theater, and Don Lockwood in Singin' in the Rain at the Marriott Theatre.

Live performances include GIG - with Jenna Nichols and GIG - with Caleb Hawley. Room 17B, Exit Stage Left and Everybody Gets Cake with the physical theatre company Parallel Exit. Multiple dances for the Town Hall series Broadway By The Year. Mercury for Super Hero Clubhouse, The Joshua Show and multiple dances for the Pacific Symphony Orchestra, the Connecticut Ballet and the Irish Repertory Theatre. His work has also been seen at BC BEAT at Cielo, and Kicking and Screaming at Symphony Space.