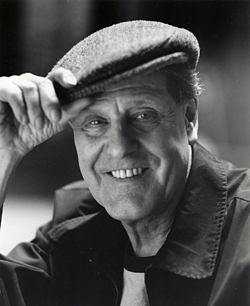 David Howard, who for nearly half a century was one of the most sought-after ballet teachers in the United States and far beyond, with a student roster that included Gelsey Kirkland, Patricia McBride and Mikhail Baryshnikov, died on Aug. 11 in Manhattan. He was 76.

His death, at Roosevelt Hospital, was from complications of a recent stroke, his manager, Sharon Wagner, said.

"He was one of the great teachers of our day, for many, many years," Ms. McBride said in an interview on Friday. A former prima ballerina with the New York City Ballet, Ms. McBride took classes with Mr. Howard in the 1970s.

Mr. Howard, an English-born former soloist with the Royal Ballet in Britain, had lived and worked primarily in Manhattan since 1966. In 1977 he opened the David Howard School of Ballet near Lincoln Center; he ran the school, later called the David Howard Dance Center, for the next 18 years.

"It was an unusual situation, having your own studio in those days," Ms. McBride said. "And it was the most popular place in the city for dancers of various backgrounds to go and take classes."

By genial choice, Mr. Howard took on a vast spectrum of students. He taught children, held evening classes for weary adult beginners, coached dancers in Broadway musicals and worked with some of the world's most eminent soloists.

"When I was working with American Ballet Theater or New York City Ballet we had our own classes, but when I was in between, in the summer and things like that, I went to his class," Mr. Baryshnikov said in an interview on Thursday. "He was a kind of father figure for people like me and like Gelsey." 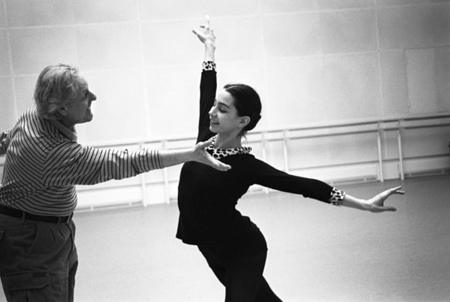 Mr. Howard's pedagogy, unorthodox in its day, entailed a kinesthetic approach, in which dancers were taught to rely less on external feedback from the mirror and more on the minute internal signals that telegraph the position of the head, limbs and torso in space.

"Out of the feeling comes the form," he told The Miami Herald in 1985. "Ninety percent of the time students are taught the form first. And then they're expected, through some act of God, to get the feeling."

Mr. Howard was born David Charles Edwards in London on June 14, 1937, and began studying dance as a boy. Some years later, attempting to register with British Equity, the performing artists' union, he discovered there was already a David Edwards on the rolls and began calling himself David Howard.

At 16, he won the Adeline Genée Silver Medal, an honor presented by the Royal Academy of Dance in London. (The award, named for the Danish-British ballerina Adeline Genée, has since been expanded into the Genée International Ballet Competition.)

The next year the young Mr. Howard became a chorus dancer at the London Palladium, appearing in shows with the likes of Julie Andrews, Marlene Dietrich and Danny Kaye. He later joined the Sadler's Wells Theater Ballet - it would become the Royal Ballet - eventually being named a soloist.

After a brief stint with the National Ballet of Canada in the early 1960s, Mr. Howard returned to London, where he danced in musicals. A back injury ended his performing career, and he cast about for something to do.

He began teaching dance to support himself while he trained to become a hairdresser. He soon discovered, though, that the long hours standing behind a barber chair hurt his back.

In 1966, fate intervened in the form of an American, Rebekah Harkness, a Standard Oil heiress and patron of dance who, it would transpire, had friends in very high places.

"I was sitting in my agent's office one day and the phone rang," Mr. Howard told The Telegraph, the British newspaper, last year. "It was Rebekah Harkness, saying that she was looking for three female apprentice teachers for her ballet school in New York. I thought, well, that's for me! So I grabbed the phone and said, 'You don't want three girls, you want two girls and me!' "

He arrived with two suitcases and no money and stayed to the end of his life. "I came as an upstart," he said, "and ended up a part of the American dream."

In 1995 prohibitive commercial rent - $31,000 a month, The Telegraph reported - forced Mr. Howard to close his school. In later years he taught at two Manhattan dance schools, Steps on Broadway and the Broadway Dance Center, and was a guest teacher in cities around the world.

Ms. Harkness, who died in 1982, not only brought Mr. Howard to the United States; she also made possible his long tenure in the country, The Telegraph reported.

In 1966, shortly after he arrived in New York, Mr. Howard came to her in distress: he was having great difficulty, he told her, in securing a green card.

Ms. Harkness picked up the telephone.

The card arrived as if by magic. It was only much later, Mr. Howard said, that it dawned on him precisely which Lyndon Ms. Harkness had been talking to.