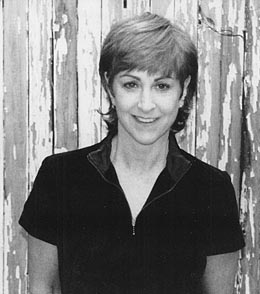 Choreographic Experience: Palm Beach at La Jolla Playhouse directed by Des McAnuff, Damn Yankees at Ivoryton Playhouse, A Novel Romance and Zona the Ghost of Greenbriar Off Broadway, National tour of The Rocky Horror Show, Where in time is, Sing a Christmas Song at George Street Playhouse, "Carmen Santiago" for PBS, "Dana Carvey Show". Assistant Choreographer for the NY Workshop of Jekyll and Hyde and the Off-Broadway Productions of Song of Singapore and Theda Bara and the Frontier Rabbi

Class Description: Debbie's jazz class is in a format that owes much to Michael Owens. It is also greatly influenced by Bob Fosse. She concentrates on dynamics and dynamic change within movement phrases. Debbie is also known for her eclectic taste in music ranging from the 70's to today.