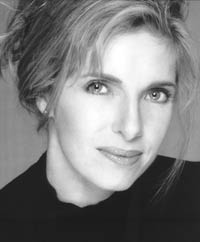 Debra Jo has danced in films, theatrical productions and television, including three years on the "Academy Awards", choreographed by Debbie Allen. She has also danced with several ballet companies such as Capitol City Ballet, and Ballet Theater International. While in New York, she has performed in Dramaleague benefits honoring Chita Rivera and Liz Smith for renowned Broadway choreographer Chet Walker. Debra is currently teaching for the School at Columbia University and is on the faculty of Steps On Broadway. Debra was an Associate Professor of Dance at Long Island University where she completed her BFA with honors. She has also conducted classes and workshops for the University of South Florida and the Florida Dance Festival, and was previously on the faculties of the Edge Performing Arts Center and Studio F in Los Angeles. Choreography credits include Tell 'Em Joe Sent Ya at the XYZ Dinner Theater in Santa Monica, CA, commercials for the Home Shopping Network, and various dance concerts, nightclub and fashion shows. In addition, she created and produced the Sunset Dance Festival and the cable television show, Discover Dance.