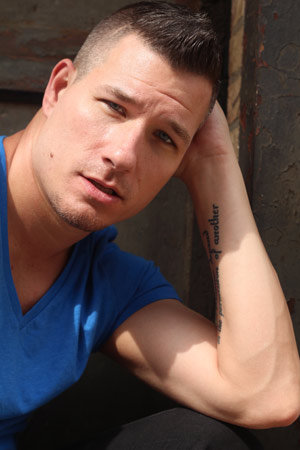 Derek Mitchell is one of today's most sought out choreographers and was recently the Original Resident Choreographer/Dance Supervisor for the Tony award winning musical HAMILTON (1st National Tour).

He has choreographed projects utilizing almost every style of dance and that versatility makes him an asset to any project. He has numerous credits in TV, Film, Stage, Commercials, Music Videos and Concerts. Derek has been teaching for almost 25 years and was on the cover of the October 2014 Dance Teacher magazine. Derek was nominated 3 years in a row for The Capezio A.C.E. Award for Choreographic Excellence.

Derek choreographed 3 years in a row for Jerry Mitchell's Broadway Bares Benefit for Broadway Cares/Equity Fights Aids at Roseland and Hammerstein Ballroom. Derek has choreographed music videos and a world tour for Taiwanese Superstar Jolin Tsai, Sylvia Tosun -Billboard Magazine's #1 Dance recording artist (National Tour including the House of Blues in Atlantic City with Freedom Williams, music videos for "Push 'n' Pull", "5 Reasons" and "World Keeps Turning"), and for Billboard Top 40 Dance Artist Bex ("What You Are" and "Life of the Party") both music videos and live performances.

Derek currently lives in LA where he teaches Street Jazz and Contemporary Jazz at Edge Performing Arts Center. He previously taught in NYC at the world-renowned institution Broadway Dance Center. He has also been on Faculty at Steps on Broadway, Peridance Capezio Center and as a Fitness instructor at Crunch Fitness for 13 years. He created, directed and choreographed the Off-Broadway dance drama Thin Line at Dance Theatre Workshop, starred in the Off-Broadway productions of The Karaoke Show (also choreographer), The Donkey Show (Dance Captain and Associate Choreographer) both under the direction of Tony award winning Director, Diane Paulus (Pippin, Hair and Porgy and Bess). He also performed with Lindsay Lohan on Saturday Night Live, and for the R&B group New Edition.

In 2009 Derek was Dance Teacher's Instructional Teacher of the Month. He has been profiled in numerous articles in Dance Teacher, Dance Spirit, Dance and Dancer magazines.