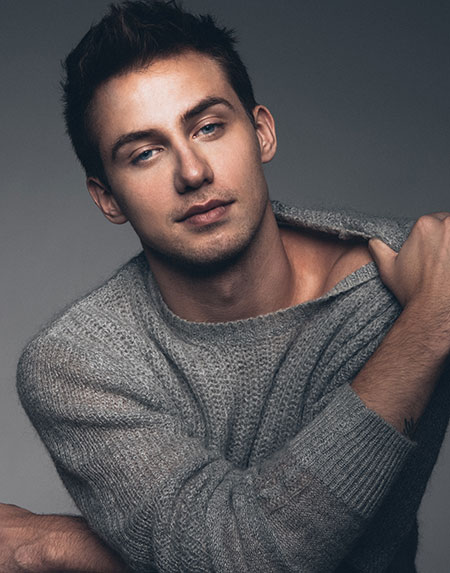 Derek Piquette is a dancer, choreographer, director and teacher. He has been seen on many different TV and Film jobs such as AppleTV+ Schmigadoon, Netflix's Julie and the Phantoms, Netflix's Work It, Fox's So You Think You Can Dance, NBC's World of Dance, Netflix's Scaredy Cats and most recently Amazon's The Boys. Derek has also traveled to Australia, New Zealand, Spain, China and Singapore with Cirque Du Soleil as the main character of the show "Kooza" for over two years.

Derek's multiple talents and achievements have led him to be a teacher, adjudicator and choreographer to students all over the world as well as a choreographer in TV, Film and Live Stage. Derek alongside his partner Mitchell Jackson, have choreographed in the Jennifer Lopez It's My Party Tour, The Next Step Tour, Disney's Backstage, Family Channel's The Next Step, Netflix's Work It and most recently Derek had the honor of being the assistant choreographer to Tony Award Winning choreographer Christopher Gattelli on an episode Apple TV+ Schmigadoon featuring Oscar Award Winner, Ariana DeBose.

After moving to NYC in the fall of 2021, Derek performed in the ensemble for Radio City's Christmas Spectacular and had the opportunity to choreograph for New York Fashion Week. In 2022, Derek was brought on by Universal Music Canada to be, Mulit- Platinum recording artist, Reve's, creative director and choreographer. He alongside Mitchell Jackson have choreographed several performances for her, as well as, her latest music video "Tongue". Over the summer Derek was very excited to return to Vancouver to film season 2 of Schmigadoon for AppleTV+. One of Derek's biggest accolades in his career so far, is being the assistant choreographer to Chris Gattelli for "With All Of Your Heart" from Schmigadoon nominated for an Emmy Award for Outstanding Choreography For Scripted Programming.