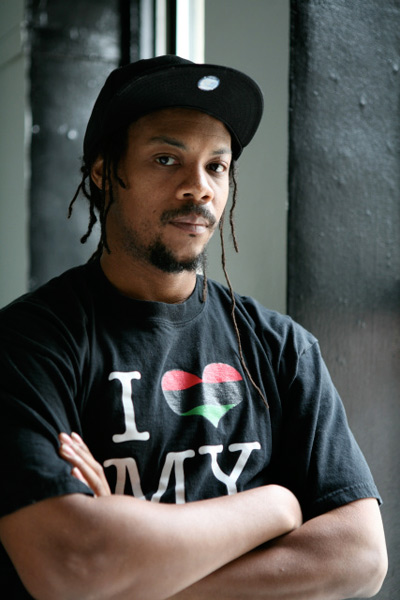 Derick K. Grant is a native of Boston, where he trained with his aunt Andrea Herbert Major at The Roxbury Center For the Performing Arts. At age 8 that training led to a mentorship by tap greats Dianne Walker and Jimmy Slide.

At 18 he joined The Jazz Tap Ensemble, directed by Lynn Dally, where he won the Princess Grace award for outstanding young performer. He was an original member of Bring In Da Noise Bring In Da Funk, created and directed by George C. Wolf, and choreographed by Savion Glover, where he became dance captain and later the lead for the first national tour. Mr. Grant is also the creator, director, and choreographer of Imagine Tap, a show that featured the world's best tap dancers, co-creator of The Blues Project, winner of the Bessie award with Dormeshia Sumbry-Edwards, Michelle Dorrance, and Toshi Reagan. He was also choreographer and featured performer in And Still You Must Swing, featured at Jacob's Pillow and the Joyce Theater. Mr. Grant is a highly sought after teacher who taught at Steps on Broadway for 18 years and continues to teach at festivals and workshops worldwide.