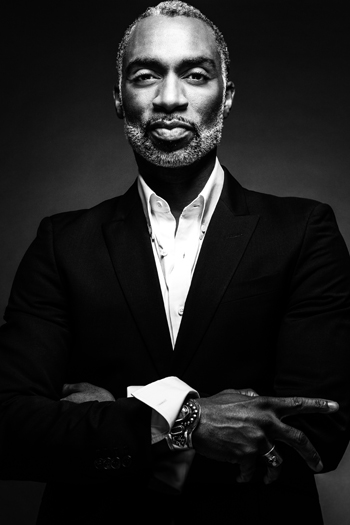 Raised in Laurelton, Queens NY began his formal dance training at the High School Of The Performing Arts known now as Laquardia High School of Art and the Performing Arts, The Alvin Ailey School and The Sommer Academie des tanz Köln, Germany. He was the first African American principal dancer of American Ballet Theatre and is Co-Artistic Director with master choreographer Dwight Rhoden of the internationally acclaimed Complexions Contemporary Ballet. He received a Tony Award nomination for his role in the Broadway original cast of Fosse, played the principal character of Tony in Twyla Tharp's Broadway production of Movin' Out, made his Broadway singing debut in the Burt Bacharach/Hal David-Ann Reinking/Scott Ellis production The Look Of Love and was a standout in recent Tony Award winning After Midnight. He graced the January 2016 cover of Dance Teacher Magazine.

With his technical virtuosity and statuesque expressive demeanor, The New York Times has hailed him as among the greatest dancers of his time. Lara Hartley poetically described him on Ballet Magazine website as "Moving sculpture, a body that is art, passing through time and space with power and grace - all parts connected, never stopping but heart stopping in beauty."

Richardson has been a principal dancer and an invited guest with many of the most prestigious companies in the world such as Alvin Ailey American Dance Theater, Martha Graham, José Límon, The Frankfurt Ballet, The Bolshoi Ballet, The Royal Swedish Opera Ballet, Mariinsky Theatre, Teatro alla Scala, The Washington Ballet, San Francisco Ballet and more. He has performed on the most important stages in the world such as The Metropolitan Opera, The Kennedy Center, Dorothy Chandler Pavilion, Teatro alla Scala, Paris Opera, The Bolshoi Theatre, Mariinsky Theatre St. Petersburg, Teatro Massimo and the Kremlin Theatre. He is the recipient of numerous awards for excellence in dance such as The Dance Magazine Award, Capezio Award, Ailey Apex Award, LA Ovation Award, Bessie Award, The YoungArts Alumni Award, and a 1986 Young Arts Finalist & Presidential Scholar in the Arts. He was invited to Israel to dance with Israeli dance icon Ido Tadmor, pianist Daniel Gortler and vocalist Adi Cohen for the 61st Israeli Presidential Conference in Jerusalem.

He has appeared as a celebrity guest performer and choreographer on hit TV shows, films, videos and stage productions such as "The American Music Awards", "The Oscars", Italy's AMICI, America, Australia and Israel's "So You Think You Can Dance", original cast member in Debbie Allen's musical Soul Possessed, Julie Taymor's opera Grendel as principal character Beowulf, Teatro alla Scala production of Moise e Pharoné with Roberto Bolle and conductor Maestro Riccardo as well as with Michael Jackson, Prince, Madonna, Elton John, Aretha Franklin and many others. Films such as the Oscar winning Chicago, Julie Taymor's Across The Universe, Patrick Swayze/Lisa Niemi's One Last Dance, Charles Randolph Wright's (director MOTOWN) Preaching to the Choir and Fall To Rise. Richardson was a featured performer on the PBS special Jazz and the Philharmonic with a noted impromptu improv with vocal master Mr. Bobby Mcferrin. 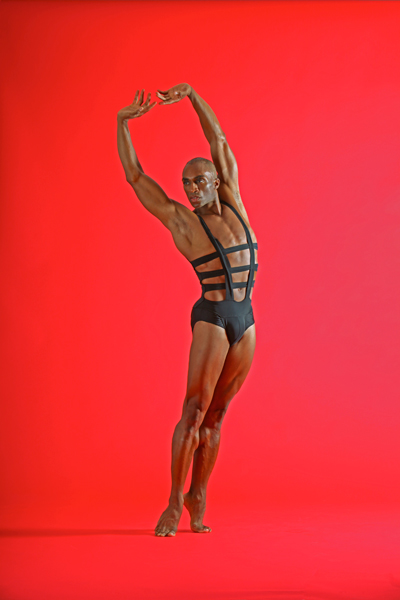 He also recently choreographed and was co-creative director on the Sybille Szaggers Redford production of Way of the Rain at the Sundance Film Festival with notable musicians Will Calhoun, Chuck Palmer, Dave Eggar and the group OAR. Richardson is also a creative movement consultant for fashion brands Banana Republic, Jimmy Choo and more.

Mr. Richardson continues to give back as a Master Teacher with the All Stars Project NY, Young Arts Miami, Jacobs Pillow, United Way, on dance conventions -The Pulse, NYCDA, ASH and many others, as well as being a guest artist in residence at the new Glorya Kaufman School of International Dance at USC in Los Angeles, on a personal invitation from Ms. Kaufman. He is a guest professor in dance programs at such prestigious schools such as Julliard, Marymount, Skidmore and Harvard University. Richardson recently was invited to dance and speak for TEDTALKS IN PALO ALTO and will be featured as the character Sammy in the upcoming featured film sequel HighStrungFreeDance.