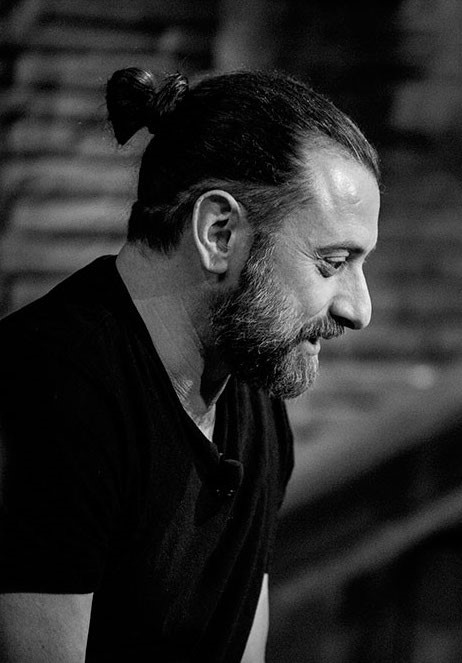 Experimentation and research, the key elements to choreographer Enzo Celli's work, power his unconditional love for contemporary dance and theatre. His relentless curiosity gave birth to a structured technique permeated by poetry and aiming to become part of the current Avant-garde.

Enzo Celli is an Italian choreography and teacher, Artistic Director of VIVO Ballet.

Below are some of the choreographer's most important works and collaborations:
June 2006, Celli was a collaborating choreographer for the event "L'amour et son amour, l'uomo che danza e la sua aspirazione" directed by Vittoria Ottolenghi and performed by the soloists Roberto Bolle, Vladimir Derevianko and Viviana Durante at Todi Festival. Also in June 2006, Botega Dance Company, together with Alvin Ailey Company, Bèjart Ballet, Bolshoi Ballet and Staatsballet München, joined the Dance Gala Amores as a guest company under the direction of Vittoria Ottolenghi. 2008 brought Celli to the Bashkir State Academy in the Republic of Bashkortostan (Ufa, Russia) to teach and collaborate with the Russian Drama Theatre. That was also the year that Botega performed Subway at La Cigale Theatre in Paris. In 2011, Botega Dance Company performed Fragile at the Russian Drama Theatre and at the Na Strastnom Theatre in Moscow. In September 2009, Enzo Celli was a resident choreographer at Topaz Art in New York and debuted at Versiliana Festival in August 2010 with his remake of Giselle to great reviews and success. He was also a guest at the Erfurt Opera House (Germany) that same year. In 2012, his Company was a guest at Yesou (Korea) for Expo 2012.

"Class with Enzo Celli is a lesson in developing self and in performing courageously. No moment is lost as a simple technical lesson; every turn and twist is a chance to hone your personal dance vocabulary in the guise of Celli's movement. He celebrates the differences within each dancer. And in turn they can celebrate themselves". - Informalblog

Developing the concept of Bounce, in terms of rhythm and dynamics, the circularity becomes dominant element, along with the study of a new perception of themselves. Enzo Celli explores the dynamics strongly working on the ground, investigating both the technical steps fundamentals Floor Work as subsequent contamination arising from the personal development of the technique. The Class investigates the creative moment of the dancer. It will bring the dancer to express themselves, without changing the form to the movement, enriching the dance given by the choreographer with his own personality and emotions.