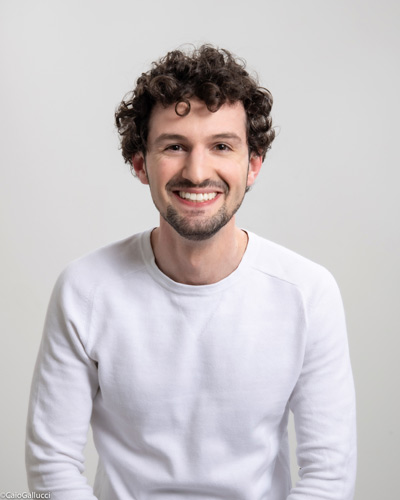 Felipe Galganni, tap dancer, teacher, and choreographer, is known for his unique style and versatility in blending tap dance as an American art form with his Brazilian roots. He is currently a faculty member at several studios in New York City including Steps on Broadway, Joffrey Ballet School, que Broadway Dance Center, and the American Tap Dance Foundation. Felipe is a member of the New American Tap Dance Orchestra directed by Brenda Bufalino and often develops new choreographic work with his own company.

In 2017, Felipe created and premiered the concert TAP&TOM, with music direction of Carlos Bauzys, the show makes a tribute to the music of the Brazilian composer Antonio Carlos Jobim. In 2018 Felipe was received the Machado de Assis Medal for disseminating the Brazilian culture in the USA.