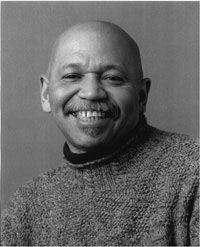 Fred Benjamin is the Chair of the Jazz department and Faculty advisor of the Alvin Ailey American Dance Center. An internationally renowned teacher and choreographer of Jazz Dance, he has taught at the Clark Center for the Performing Arts, NYC, the Vlaamse Dasacademie, Brugge, Belgium and the IAC Studio in Tokyo, Japan. He has also taught at SUNY, Purchase, N.Y., Connecticut College, Ohio State university, The American Dance Festival, Duke University and at Jacob's Pillow, Lee, MA.

He started the Fred Benjamin Dance Company while he was performing on Broadway in Hello Dolly starring Pearl Bailey and in Michael Bennett's Promises to Promises: the company had its first New York performance at the Clark Center for the Performing Arts, N.Y in 1968. It subsequently performed extensively along the East Coast and in the Caribbean until 1990. It is currently being restructured after its merge into the Talley/Benjamin Project and the subsequent death of Talley Beatty. His choreography for other companies includes Ice Fire for Alvin Ailey Repertory Ensemble, After the Rain for Impulse Dance Company, Boston and he has recently set his ballet Beattyville on Philadanco.

Following a short, intensive warm up he teaches choreography that is a mixture of modern dance and jazz with a strong under pinning of classical ballet. His goal is that students will learn choreography quickly and attach to it a performance quality. Many of Mr. Benjamin's students have danced on Broadway and are in major dance companies.