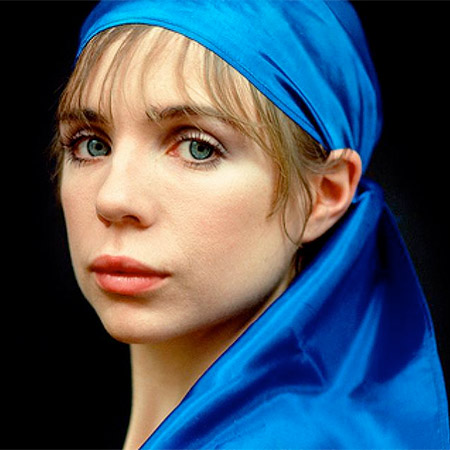 Gelsey Kirkland received her early training at the School of American Ballet, gaining early stage experience dancing children's roles in Balanchine's The Nutcracker, A Midsummer Night's Dream and Harlequinade. She graduated to the New York City Ballet in 1968, was promoted to soloist in 1970 and to principal dancer in 1972. While in the New York City Ballet she performed a variety of leading roles in their repertory, including Concerto Barocco, The Cage, Irish Fantasy, Symphony in C, La Source, Theme and Variations, Tarantella, Harlequinade, The Nutcracker and Dances at a Gathering.

Her desire to master roles in full-length works coincided with Baryshnikov's defection and an invitation to dance with him at American Ballet Theatre, which she joined in 1974 as a principal dancer. Teachers most influential in her development as a classical artist include Stanley Williams, Maggie Black, David Howard, actress and mime Pilar Garcia and dramaturg Greg Lawrence.

Miss Kirkland received worldwide acclaim for her performances in the classical repertory: the title role in Giselle, Kitri in Don Quixote, Clara in The Nutcracker, Swanhilda in Coppelia, Aurora in The Sleeping Beauty, Juliet in Romeo and Juliet, the Sylph in La Sylphide, Lise in La Fille Mal Gardee, Odette/Odile in Swan Lake, Nikiya in The Kingdom of the Shades, the Mazurka and pas de deux in Les Sylphide, and the sleepwalker in La Somnambula.

Major choreographers have been inspired to create new works for her; namely, a production of Firebird by George Balanchine when she was seventeen, several ballets by Jerome Robbins, and Antony Tudor's The Leaves are Fading and The Tiller in the Fields.

Miss Kirkland's guest appearances with leading companies include performances of The Sleeping Beauty and MacMillan's Romeo and Juliet with The Royal Ballet at Covent Garden, and in Cranko's Romeo and Juliet with The Stuttgart Ballet. On the occasion of Queen Elizabeth's 60th Birthday Gala at Covent Garden she performed the balcony pas de deux with Anthony Dowell. Her appearances on American and British television include "Live from Lincoln Centre" and the film version of Baryshnikov's The Nutcracker.

Published works by Miss Kirkland include three books co-written with Greg Lawrence: Dancing on My Grave ( 1987), a best selling autobiography published in 5 languages; The Shape of Love (1990), contracted and published as a book on dance education; and a children's book titled The Little Ballerina and her Dancing Horse (1993).

Miss Kirkland has been honored at the White House by First Lady Nancy Reagan, and has been the recipient of awards including the Victory of the Spirit Award at the Kennedy Centre and the Gerald Manley Hopkins Theatre Award. She was appointed to the Board of Directors for Sight Savers International, named National Chairwoman for USA International Ballet Competition (Jackson, MS), and was an honored alumnus at the 50th Anniversary Gala for American Ballet Theatre at the Metropolitan Opera House.

Retirement from the stage in 1986 marked Miss Kirkland's transition into teaching and coaching. She has been affiliated with such institutions as American Ballet Theatre, The Royal Ballet School, English National Ballet and The Australian Ballet. In the 1990's she was a Professor of Dance at Adelphi University in New York .

Beginning in January 2006, she began a collaboration with Kevin McKenzie and Michael Chernov on the staging and additional choregraphy for The Sleeping Beauty which was presented this season at American Ballet Theatre.