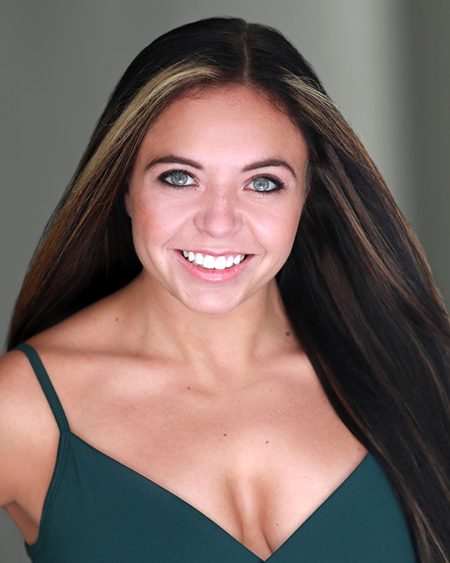 Gracie grew up training and competing in Latin, Standard and Smooth ballroom styles all around the world. She is honored to be a 13x top six finalist at NDCA's U.S. Nationals in the Latin and Standard championships. As a two-time national champion, she represented the U.S. at the WDC World Championships in Paris, France placing 14th in Youth Latin and 8th in the Fred Astaire Cup. After fulfilling her ballroom career at such a young age, she went on to graduate from Marymount Manhattan College as the Gold Key recipient for her BFA in Dance, concentrating in ballet. While at MMC, she performed works by Robert Battle, Gerald Arpino, Jessica Lang, Jessica Hendricks and Gabrielle Lamb and was accepted to The School at Jacob's Pillow's Contemporary program. Gracie can be seen on FOX TV series: Sons of Tucson as a principle dancer and was featured in Derek Hough's TV series pilot, "Dance Rivals" as a reality actor and dancer. She was recently in the ensemble of Royal Family's production, "Women on Fire" and performed as a dancer in Eamon Foley's DanceBreak debut. She is currently a faculty demonstrator on tour with New York City Dance Alliance.