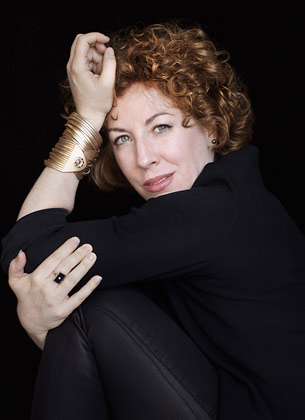 Helen Pickett, the Resident Choreographer for Atlanta Ballet, was born in San Diego, California. She studied dance at San Francisco Ballet. 2015 marked 10 years for Helen as a choreographer. During this time she created over 30 ballets in the U.S. and Europe. Camino Real, which premiered in 2015, was Helen's first full-length ballet. Critic, Manning Harris, wrote that Camino Real would "become a legend in the dance world." Helen will choreograph for the Lyric Opera in 2016, and collaborate with Jeff Beal, composer of House of Cards, on new choreography, in the same year. Her commissions for 2017 and 2018 include, Scottish Ballet, Pennsylvania Ballet, Oregon Ballet Theatre and Tulsa Ballet. In addition to Helen's contemporary ballet choreography, she has collaborated, as a choreographer, coach and actress with installation video artists and filmmakers, including Eve Sussman, Toni Dove and Laurie Simmons. She danced with Ballet Frankfurt, director, William Forsythe for 11 years, and performed with the New York theater company Wooster Group for five years. Helen was nominated for the Isadora Duncan Dance Award in 2013, and was named Best Choreographer of Atlanta in 2014 and 2015. She is the producer and creator of the workshop, Choreographic Essentials. In 2006, Dance Europe published Helen's article, Considering Cezanne. In 2012, Emory University published her writing for the Vulnerability and the Human Condition Initiative, director Martha Fineman, that appeared on the Emory University School of Law website. Helen earned her Masters of Fine Arts in 2011 from Hollins University. www.helenpickett.com