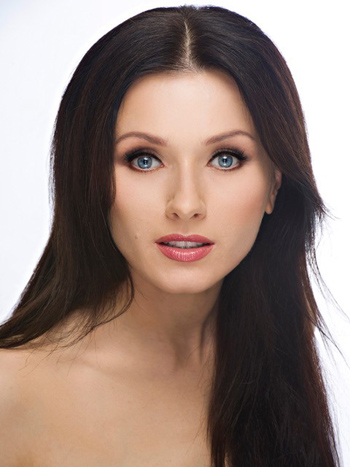 A former principal dancer of American Ballet Theatre, Irina Dvorovenko was born in Kiev, Ukraine, and began her ballet training at the Kiev Ballet School at the age of ten. She joined the National Opera Ballet of Kiev in 1990 as a soloist, rising to the rank of principal dancer in 1992. A dancer of infinite range, her repertoire with the National Opera Ballet included leading roles in many of the great classics: Gamzatti in La Bayadeère; Kitri, the Queen of the Driads and Mercedes in Don Quixote; Giselle and Myrta in Giselle; Princess Aurora and Princess Florine in The Sleeping Beauty; Odette-Odile in Swan Lake; the Sugar Plum Fairy in The Nutcracker; and the title roles in Cinderella and Paquita. She also performed pas de deux from Le Corsaire, Diana and Acteon and La Sylphide, as well as the Tchaikovsky Pas de Deux.

Joining American Ballet Theatre in 1996, Ms. Dvorovenko was made a soloist in 1997 and was appointed principal dancer in 2000, following a stunning season which won her widespread critical and popular acclaim. Anna Kisselgoff, writing in The New York Times, said "19th century ballets are built around ballerinas, and they offered a showcase for Irina Dvorovenko, who had a breakthrough season, usually in tandem with her husband, Maxim Beloserkovsky." Her portrayal of Kitri in Don Quixote continued to set the stage afire: "The last Don Quixote of the season ... had Irina Dvorovenko and (Maxim) Beloserkovsky in a stunning display of integrated artistry and technique, a truly flawless and exciting performance." (Kisselgoff, The New York Times.) Ms. Kisselgoff's review of Ms. Dvorovenko's 1999 Don Quixote hailed it as "a perfect performance, unsurpassed in its attention to classical form while infused with verve."

Ms. Dvorovenko's Odette-Odile in Ballet Theatre's new Swan Lake also brought critical acclaim: "Ms. Dvorovenko's Odette was hypnotic." "To see Irina Dvorovenko and Maxim Beloserkovsky step into the leading roles of Swan Lake was to see two outstanding dancers outdo themselves and enhance a 19th century classic with a splendid and mature performance." "It is up to the principals to bring depth to the plot through their dancing. This is what Ms. Dvorovenko and Mr. Beloserkovsky did with unusual technical polish." (The New York Times.) Equally dazzling in modern works, she was hailed for her debut as Katherina in John Cranko's The Taming of the Shrew: "Ms. Dvorovenko's dynamism defined her spirited heroine; every arrow- sharp jeteé added to the brio of her comic acting." (Kisselgoff, The New York Times.) Jennifer Dunning, reviewing Etudes in The New York Times, noted that "Ms. Dvorovenko's dancing had a weight that made it regal." And Anna Kisselgoff called her Siren (in Prodigal Son) "a masterpiece of detail and projection."

Her diverse repertoire with ABT includes her commanding portrayal of both Nikya and Gamzatti in La Bayadeère; Cinderella in Ben Stevenson's production; Kitri, the Queen of the Driads and Mercedes in Don Quixote; the Lilac Fairy and Princess Florine in The Sleeping Beauty; Odette-Odile in Swan Lake; Giselle and Myrta in Giselle; Juliet in Romeo and Juliet; Marguerite in "Cady of the Camellias", Tatiana in Onegin; the title roles in Raymonda; Swanilde in Coppeélia; the Sugar Plum Fairy in The Nutcracker; Medora in Le Corsaire; the Ballerina in Etudes; the Empress in Anastasia; Hanna and Valencienne in The Merry Widow; Cupava in The Snow Maiden; the Operetta Star in Offenbach in the Underworld; the Siren in Prodigal Son; and Les Sylphides, Apollo, Tchaikovsky Pas de Deux, Sylvia Pas de Deux and Paquita. Ms. Dvorovenko also excels in contemporary choreography and has danced leading roles in Twyla Tharp's Push Comes to Shove, the Brahams-Haydn Variations and In The Upper Room; Symphony in C (first and second movements); Kylian's Petit Mort; Christian Spuck's Le Grand Pas de Deux; Nacho Duato's Without Words; Natalie Weir's Hereafter; Brüch Violin Concerto, Transcendental Etudes, The Wall, Maguar Suite, Jazzmania, Don't Bring Lu-Lu, and Pas des Deéesses. She has danced with the Finnish Ballet, the Australian Ballet, the New York City Opera Ballet, the Rome Opera Ballet, Verona Ballet, the Universal Ballet, and with the Stars of the Bolshoi Ballet, and has performed in France, Germany, Spain, Japan, Moscow, Hungary, Finland, Canada, Mexico, Brazil, Italy, Turkey, Korea, China, Singapore and Taiwan. She has also appeared in various videos and television specials, including the PBS broadcast of the opening of the New Jersey Performing Arts Center, in which she danced the Act II Pas de Deux from Swan Lake. She has been featured on the cover of Dance Magazine, Pointe, Japan Dance Magazine (twice), New York Dance Fax (three times), as well as in People, Russian Dance Magazine, Dancing Times, Good Housekeeping, Bazaar, Vogue, Vanity Fair, Gotham, Jane, Elle, Russian Vogue, Town and Country, Time Out and Talk. Ms. Dvorovenko was the face of Movado Watches for three years. 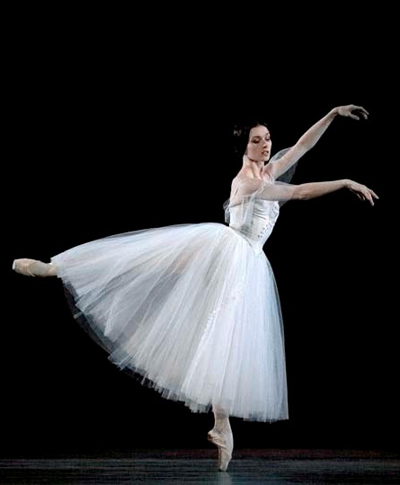 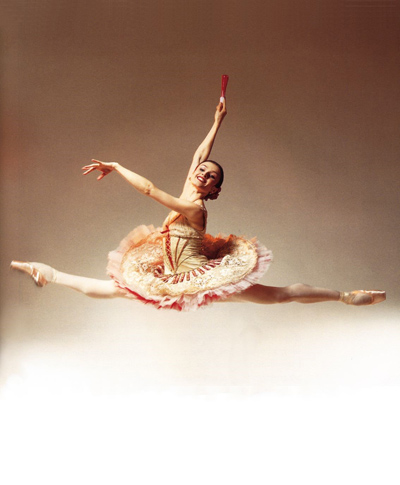 In the spring of 2013, Ms. Dvorovenko retired from the ABT stage and simultaneously made her stunning musical theatre debut as Vera Baronova in the New York City Center Encores! production of Rodgers & Hart's "On Your Toes," garnering outstanding reviews. Ben Brantley wrote in the NY Times that "(Ms. Dvorovenko) is ideal for the part of a woman required to bridge the delicacy of ballet with the brass of Broadway" and that "(her) Vera maintains the ecstatic smile of someone who adores being adored. ... It's enough to make any red-blooded American boy defect to the Russians." Linda Winer in Newsday wrote "(Ms. Dvorovenko has) the leafy, punchy attack and high-drama comic attitude that make Vera so tempestuously delightful." From the NY Post: "She's so effortlessly hilarious as a flighty diva that it's hard to believe this is her first speaking role." And in the NY Daily News: "Musical theater rookie Irina Dvorovenko ... provides the real high - and the high kicks" and is "sexy, funny, lithe and lively as lightning. As Rodgers and Hart note in a lyric from the show's title number: 'See the pretty lady, top of the crop' - they didn't know it, but they were writing about this polished performer."

Since 2005 Ms. Dvorovenko and her husband launched a very successful line of ballet wear "Irina & Max" by Bloch.

A virtuoso artist, Ms. Dvorovenko brings radiant beauty, serene elegance and dramatic precision to all of her endeavors. She is married to ABT former principal dancer Maxim Beloserkovsky; together they are the proud parents of Emma Galina, born in March 2005.