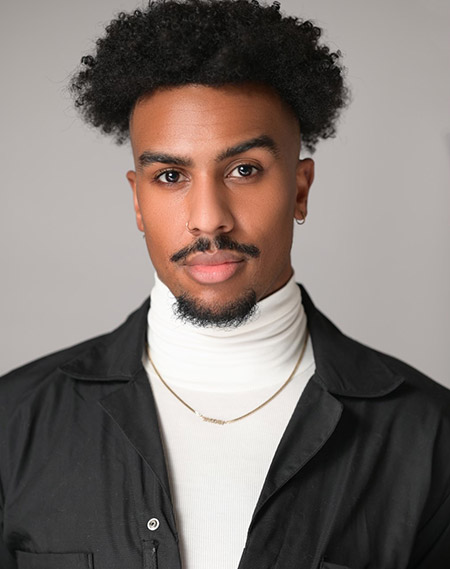 Jacoby Pruitt (He/Him) is a NYC based dance artist, teacher, and choreographer. In 2021 he joined the Bill T. Jones/ Arnie Zane Company.

He began his dance training in Miami, FL where he attended New World School of the Arts. He is an honors graduate of NYU's Tisch School of Dance and is a recipient of the Martha Hill Dance Fund's "Young Professional Award."

Jacoby has had the privilege of performing works by choreographers Alvin Ailey, Robert Battle, Dwight Rhoden, Shannon Gillen, Jae Man Joo, and Lara Murphy among various others. He has performed as a guest artist with Germaul Barnes Vewsic Dance, The Jamal Jackson Dance Company, Cullen and Them, and Don't Ask Why in Dallas, TX. Jacoby has worked commercially on Good Morning America, Logo's Trailblazer Awards, Comedy Central, and the film adaptation of Lin Manuel Miranda's In The Heights.

Jacoby was a member of Ailey II where he had the opportunity to perform alongside the Alvin Ailey American Dance Theater in Hope Boykins' r-Evolution Dream and Alvin Ailey's masterpiece Revelations. He has also been a member of the Sean Curran Company, The Metropolitan Opera Ballet, and Company XIV.