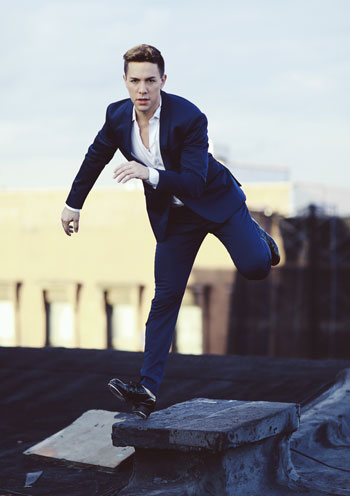 Jason Luks is a New York based performer, choreographer and educator. He is currently on faculty with NYCDA teaching tap, at the Joffrey Ballet School teaching Musical Theater, and the Artistic Director of The Dance Academy of North Jersey in NJ. He was a member of the "Falsettos" Broadway choreography team as an SDCF Observer and went on to assist choreographer Josh Prince and Pulitzer Prize winning director James Lapine on the choreography for "Mrs. Miller Does Her Thing."

Jason's performance credits include the Broadway cast of "Irving Berlin's White Christmas", "On The Town" (Barrington Stage), "My One And Only" (Stages St. Louis), Tap Stars (international tour), Saturday Night Live, The Tonight Show with Jimmy Fallon, The Late Late Show with James Corden, The Who Was Show, and MTV's Video Music Awards. Jason's choreography has been presented at the Kennedy Center, Symphony Space NYC, Ailey Citigroup Theater, University of Richmond and the Skirball Center for the Performing Arts. Jason graduated from NYU's Tisch School of the Arts with a BFA in Dance.