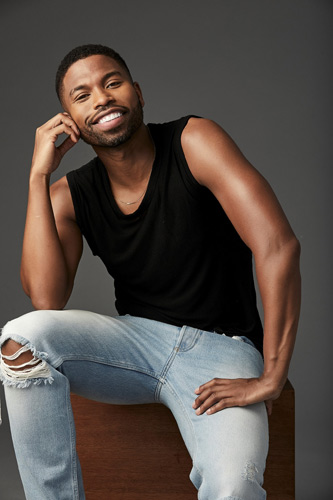 Jason's career in entertainment has been limitless. From LA, NY, London, television, music videos, tours, stage and film, hehas done it all! After graduating high school early to start his professional career Jason got a taste of reality television as a top 8 male finalist on Season 2 of "So You Think You Can Dance." After his "So You Think You Can Dance" journey he has worked with artists like Lady Gaga, Miley Cyrus, Mary J. Blige, Alicia Keys, Paula Abdul, Jordan Sparks, Keri Hilson, Demi Lavato, Christina Aguilera, Kelsea Ballerini, Ne-Yo, Beyonce, BANKS and many more. He's graced the prestigious stage of awards shows such as "The Academy Awards", "The Country Music Awards", "The MTV Awards", "The BET Awards", "The Emmys", "The Peoples Choice Awards" and "The Billboard Awards". Jason was also the original cast of the incredible Las Vegas show Showstoppers at the Wynn Hotel choreographed by Marguerite Derricks featuring original A Chorus Line choreography taught by original cast member Baayork Lee. He has danced on television shows such as "Dancing with the Stars", "Rupaul's Drag Race", "Jimmy Kimmel Live", "Saturday Night Live", "Mad TV" and "Lip Syncs Battle".

Jason also lived in London for a year while working on X-factor UK with Brian Freidman. Living in London afforded him the opportunity to teach and share his industry knowledge at the world famous Pineapple Dance Studio and studios all over Europe. Along with television Jason has been a principal dancer in over a dozen feature films; Including the iconic Disney franchise High School Musical choreographed and directed by Kenny Ortega, the remake of FAME choreographed by Marguerite Derricks, Hairspray Live choreographed by Jerry Mitchell and most recently the remake of Dirty Dancing choreographed by Andy Blankenbuehler.

Along with dance Jason has studied at the prestigious Lesly Khan Acting Studio in Los Angeles landing him acting roles on HBO's "Hung", a national Super Bowl commercial for Pepsi and a currently running Hotels.com national commercial.

Class Description:
Jason's training and exposure to all forms of dance led him to a very versatile and extensive career. It is from this training and exposure that Jason likes to pull from when creating movement. His style, musicality, soulful approach to movement and years of industry experience has equipped him with tons of knowledge that he loves sharing with his fellow artist. He believes in nurturing the X-factor and cultivating the stardom inside of every dancer he teaches.

cultivating the stardom inside of every dancer he teaches