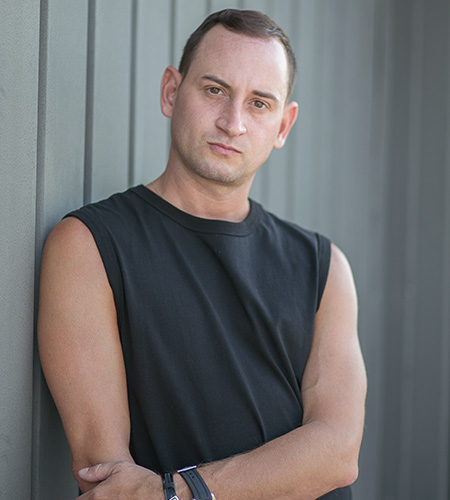 Jay Barrett was born in Miami Fl. He grew up studying all styles of dance in Queens N.Y. at the young age of 3. At 13 Jay was accepted and attended the Prestigous Fiorello H. Lagaurdia H.S. of Preforming Arts in NYC.

Jay went on to continue his training at the Martha Grahm School as a soloist, with Joffery Ballet, BDC, and steps on broadway with some of the strongest teachers of our Time and at 15 was accepted into the school of American Ballet. Jay has competed with some of the most Prestigous Competitions where he won the title of Mr Dance of America for DMA in 1996, and was asked to perform for Gus Giordano as a soloist at the Kennedy Center in Washington D.C.

Jay went on to major in dance at Marymount University in NYC until he went onto Pursue his professional Career.

Jay's Broadway Credits include Disney's Hercules, A few Good Men and The New York City Opera Salome in Lincoln Center. Jay has been in Several Industrials and Short Films and has danced for several Recording Artists. His television Credits include a PBS special Spirit Dance along with the National Tour Choregraphed by world known Choreographer Wayne Cilento. He has been seen on SNL and a 20th Century Fox Special, Anastasia.

Jay was the co owner of MOBA Dance academy in New Hyde Park for 12 years and was Honored to win Choreographer of the year twice for the Prestigious Headliners dance Competition. Jay has been teaching Choreographing and judging for the last 25 years