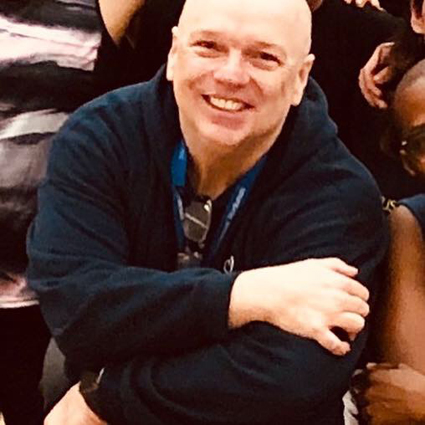 Mentored by Bob Fosse, Jeff Shade has danced on Broadway in Sweet Charity (directed and choreographed by Bob Fosse, starring Debbie Alan, and then Ann Reinking), Chicago (dance captain for Ann Reinking) and Teddy & Alice (choreographed by Donald Sadler). Jeff served as Dance Director for the Broadway Artists Alliance for nearly a decade. He has been a guest on the "Rosie O'Donnell Show", "Mr. Rogers' Neighborhood", "HBO Christmas", "The Today Show", and numerous other tv specials. He has also been featured at Radio City Music Hall.

His choreography has received critical acclaim, including a rave in Variety, a New York Musical Theater Festival Best Choreography Award, and a nomination for a Carbonell Award. His choreography has been seen off-Broadway (Atlantic Theater and Chelsea Playhouse), on American and Japanese Television, and on stages around the world.

He has been on the faculty of Harvard University, The Boston Conservatory, Marymount Manhattan College, Montclair State University, Point Park University, and Steps on Broadway. He has an MA in Dance Therapy (psychotherapy that includes the creative arts), an MBA in Marketing from Columbia University, and he is the founder of House of the Roses, a dance-based outreach network helping to build self-esteem and confidence in hundreds of NYC homeless children every week (now in its 12th year).

SELECT QUOTES
"The students love Jeff's commitment and passion for what he does. He is always enthusiastic and caring about each student."... "Jeff is a dynamic individual who has a distinguished reputation in the dance community both nationally and internationally. He is inspiring, caring, and a brilliant teacher."
-Elizabeth Bergman, Director of Dance, Harvard University

"His classes are athletic and technically demanding, yet Mr. Shade's experience as a dance therapist makes his approach to training dancers one designed to build self- esteem rather than belittle students. I believe Mr. Shade's approach to dance education is one that allows students to grow as technicians and performers."
-Kim Hale, Movement Talent Agency

"We know that he will offer superior, innovative training and commitment wherever he goes. He is an impressive teacher, and innovative director and choreographer, and a wonderful colleague."
-Neil Donohoe, Director - Theater Division, Boston Conservatory

SELECT REVIEWS
The evening only comes into its own with showstoppers that have nothing to do with Cagney the person: a U.S.O. show replete with George M. Cohan songs; the inevitable "Give My Regards to Broadway"; a tap-dancing duel from "The Seven Little Foys" with Joel Newsome. These are the pure hallelujah moments... Jeff Shade creates rousing routines in Cagney's idiosyncratic dance style."
-Bill Hirschman, Variety

The New York Musical Theatre Festival will present the 2007 NYMF Awards in Excellence Nov. 4 at a gala to be held at the Hudson Theatre Excellence in Choreography: Ron De Jesus, Linda Goodrich, Jeff Shade, Nick Kenkel and Matt Williams, for Platforms.
-backstage.com

Jeff Shade as choreographer and creator of Playground is brilliant. From the moments of intense, painful writhing to the wide spectrum of play and companionship, Jeff clearly tells us a beautiful story of a suicidal man who, through dance, is shown the lighter and sweeter sides of humanity.
-Adrienne Jean Fisher "A Dancer's Life"

"Everyone on the Byham stage knows why he or she is there, and appear happy to be there. Directed and with inventive choreography by Jeff Shade."
-David Sallinger, Daily News

".....Shade hasn't given himself a series of bravura set pieces, but integrated every step and every pause and every movement into a flowing whole."
-Larry Stark, The Theater Mirror

"Mr. Shade and his director, Brian Feehan, have a marvelous sense of the theatrical."
- Christopher Byrne, LGNY Arts