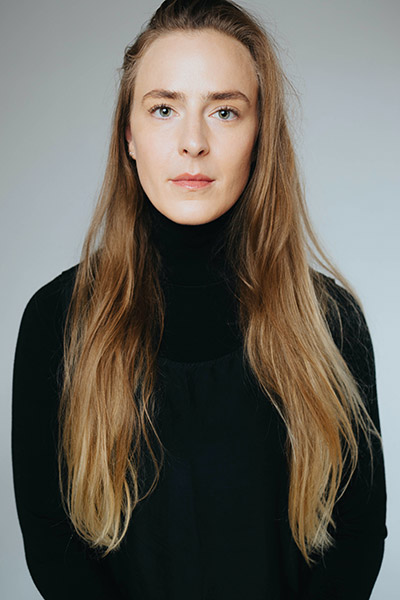 Jenn Freeman, Artistic Director of FreeMove Dance, is an American choreographer, dance performer, and educator based in New York City. Jenn's choreography has been commissioned by Marymount Manhattan College, Wayne State University, BYU, and The University of Texas at Austin where her piece, When, was nominated for a 2018 Austin Critics Table Award and chosen as a finalist to be presented at the Kennedy Center for the ACDA National Festival.

Her work has been presented in NYC at The Theater at the 14th Street Y, The Reverb Dance Festival, and The Young Choreographer's Festival (Guest Artist). In 2017 she was a finalist in both Division I and II at the McCallum Theatre Choreography Festival. With over a decade of commercial dance experience, Jenn has worked alongside internationally recognized choreographers in the development of pieces and large scale productions for: Florence and the Machine, Madonna, The X-Factor, Target, The Brit Awards, Cirque du Soleil, The Martha Graham Dance Company (Tayeh Variation), LA Ballet (Beneath One's Dignity), SYTYCD, Encores! Off-Center at NY City Center (The Wild Party), and Classic Stage Company (Iphigenia in Aulis).