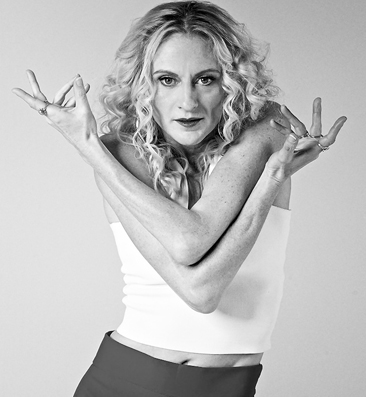 Her credits include commercials and industrials for Godiva, L'Oreal, Reebok, Toys R Us, Universal Studios, Volkswagen and Warner Brothers. Jess worked on the tour of HAIR as Dance Captain for years, performed for the opening premiers of Moulin Rouge and The Great Gatsby and can be seen in such movies as Living Out Loud and Between The Sheets. She has danced in or been the assistant choreographer to the Elan Awards, Bob Fosse Awards, Ms. America Pageant, Carnival, Dance Break and Broadway Bares.

Jess has choreographed the New York musicals "The Shaggs", "The Book Of The Dun Cow" and "Dead City" as well as the movie musical "Free Fall". She has choreographed for the Berlin Film Festival and for artist Sofia Strati's Eurovision.

Jess has taught at Universities and Festivals throughout Canada, Costa Rica, Cyprus, France, Italy, Japan, Korea, Norway and the United States. Jess has danced with "The Wes Veldink Movement" and Co-Created her own company "Two Peas & A Pod". She has created work for A Great Big World and Set The World On Fire Tour for Alicia Keys. Jess has debuted work at Carnegie Hall and Brooklyn Academy of Music, as well as set work at Marymount Manhattan College, Point Park University, PACE University, Houston METdance and Wanderlust Dance Project. She is currently an adjunct professor at PACE University in New York City, on faculty with 24Seven Dance Convention and a Co-Founder of Dancers Give Back Dallas.