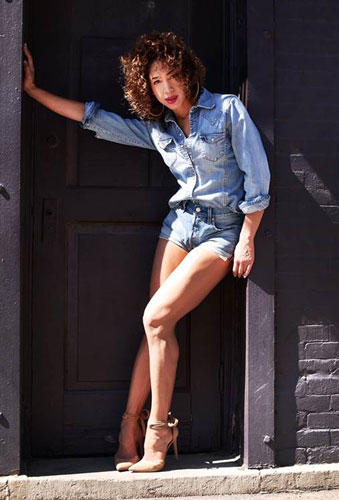 Jessica Castro, The mother of a beautiful baby girl, was born and raised in Hartford Connecticut. She moved to New York City where she was immediately accepted into the Alvin Ailey American Dance program. Her career started as a Knicks City Dancer for the New York Knicks. Jessica has toured the world and danced for such artist as Beyoncé, Jennifer Hudson, Janet Jackson, Jennifer Lopez, Ricky Martin, Pharell, The Black Eyed Peas, Rihanna, Mariah Carey, Kelly Rowland, Will Smith and Mary J Blige. She has also been featured on such shows as American Idol, SNL, Oprah Winfrey Show, The View, Ellen, Good Morning America, America's Got Talent, The Tonight Show with Jay Leno, The Late Show with Jimmy Fallon, and more. Jessica has had the pleasure of performing on two Super Bowl halftime shows with Janet Jacksonand Beyonce, and at The opening ceremony of The World Cup In Africa.

You can also see her in countless movies such as Honey where she was a principle dancer as well as Jessica Alba's dance double and in Idlewild where she played Bobbie the Showgirl. Jessica has been featured in several commercials, industrials and award shows. She was also in the smash hit "Fuerzabruta in New York City. Jessica was honored to part of the amazing cast of the NBC Special event The Wiz Live. And you can catch her in the blockbuster hit The Greatest Showman.