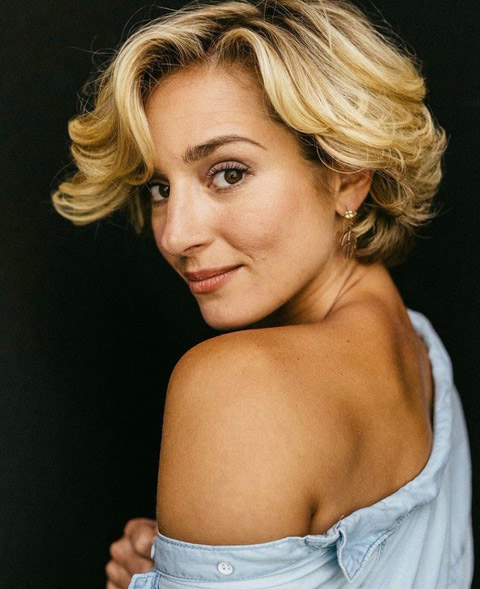 Jessica Lee Goldyn, currently playing Nini in Moulin Rouge on Broadway is also well known for her portrayal of Val and Cassie in the revival of A Chorus Line and the documentary film Every Little Step about the audition and casting process for the show. Some of her other Broadway credits include Hello Dolly, Finding Neverland & Tuck Everlasting. Jessica has performed as Ivy Smith in City Center Encores! production of On The Town and she also toured both nationally and internationally in Fosse. Some of her favorite rolls includes playing both Roxie & Velma in Chicago, Charity In Sweet Charity, Adelaide in Guys & Dolls, Elizabeth in Young Frankenstein, Polly in Crazy For You, Nelly in South Pacific, Lola in Damn Yankees, and Brooke in Legally Blonde.

She has taken part in labs for the Broadway production of Beetlejuice & the upcoming Broadway adaptation of Some Like It Hot. In 2019, Jessica played the role of Lindsay in the film King Of Staten Island, directed by Judd Apatow. Her television appearances include Drop Dead Diva, Unbreakable Kimmy Schmidt, All My Children & the reoccurring role of Lucy on the hit series Smash on NBC.

Class Description
Jessica's theater class is grounded in style and athleticism while concentrating on storytelling through movement. Each combination is uniquely character driven and allows dancers to explore various movement qualities and personal approach. Jessica's energy is infectious and motivating and will inspire dancers to rise to new heights, both technically and energetically. After an upheaving year, Jessica creates a safe and uplifting environment that connects us all back to why we fell in love with dance in the first place.