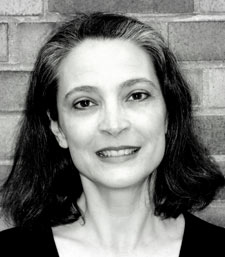 Currently on the faculties of New York University, Hofstra University and STEPS on Broadway, JoLea teaches the Horton technique. She was an adjunct professor at City College of New York in 1995 and 1996, where she taught modern dance and repertory. Summer festival experience has also enriched her teaching, including Hunter College Summer Sampler, Jacob's Pillow, Internazionale Tanz Wochen in Vienna, Austria and the Cleo Parker Robinson summer festival in Denver, Colorado. In September 1999, JoLea was guest artist-in-residence at the University of Northern Colorado, where she set her work "The Distance Between Wait and Quiet" on the student dance company.

Her class is intended for dancers and students with some dance experience, who are interested in an introduction to modern dance or in learning the fundamentals of the Horton technique. Her class enjoys live accompaniment.