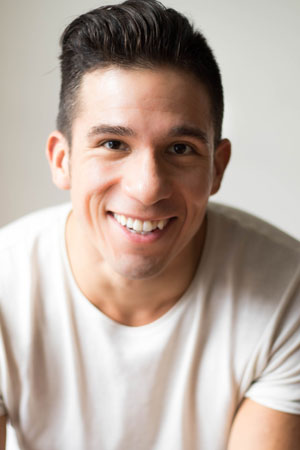 As an Actor, Jon is well versed on stage and screen. With four Broadway shows under his belt, Jon originated "Patchy the Pirate" in the 12 time Tony nominated Spongebob Squarepants, the role of "Charles Lee" in the Tony & Grammy Award Winning hit musical Hamilton, where he also served as the "Hamilton" Standby. Additional Broadway credits include Hands on a Hardbody and In The Heights. Other theater credits include "Rooster" in The Muny's Annie; Somewhere at the Old Globe, nominated for a Craig Noel Award for Outstanding Lead Actor in a Play; Kung Fu at the Signature Theater; Elaborate Entrance of Chad Deity at Second Stage Theater, and Spring 2020, The Hombres at Two River Theater.

On the screen, Rua has guest starred on Blacklist, Blue Bloods, Law & Order, and in films such as Fall to Rise, First Reformed, and Isn't It Romantic.

As a Choreographer, his work has taken flight with Phish at Madison Square Garden as the Director & Choreographer of their New Year's Eve show, Coheed & Cambria ("Old Flames"), West Side Story at Milwaukee Rep, The Muny's Aida & Jesus Christ Superstar, Isn't It Romantic, Travelers Insurance, ABC's Celebrity Wife Swap, NBA, NYMF, Broadway Bares, and is currently choreographing select work for The Hombres at Two River Theater. Jon is a Co-Choreographer for individual production numbers in Broadway's The Cher Show, SpongeBob Squarepants, SpongeBob Musical Live on Nick, and has worked closely with the choreographers of Hamilton, Bring It On The Musical, Hands on a Hardbody, On Your Feet, and Flashdance. Jon has also danced for Mariah Carey, Phish, Don Omar, Soulja Boy, Target, Billboard, Puma, Reebok, IBM, and Panasonic.

Rua, originally hailing from New Jersey, graduated Rutgers University with a B.A. in Communication + Public Relations before heading to New York, where he now resides and creates.