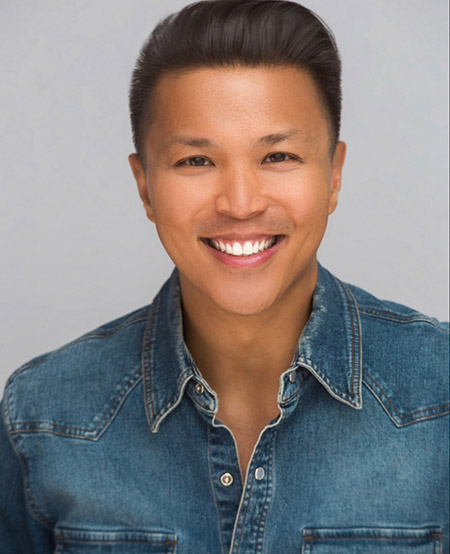 Born and raised in Brooklyn, New York. Jonathan is a proud New Yorker who represents his hometown with honor.

Theatre credits include Once On This Island, The Wiz, West Side Story, The King & I, and Miss Saigon. Jonathan has choreographed and performed with networks such as Disney, MTV, Freeform, Nickelodeon, and VH1 as well as soft drink giants Coca-Cola and Pepsi . He has also been seen or heard in several commercials, recordings, and print ads for Verizon Wireless, NIKE, Optimum Online, Texas Instruments, Wendy's and WeeBee Tunes.

Jonathan has expanded to directing and choreographing a capsule of short dance films that have made rounds in the film festival circuit. He was a participant in the 2016-2017 Alvin Ailey Dance Foundation New Directions Choreography Lab made possible by the generous support of the Ford Foundation and the Rockefeller Brothers Fund. His 360/VR dance film "SAY OUR NAME," a collaboration with State Media, won the 2016 Samsung Creators Award in the Causes Category. He is 2022 Gold & Silver Telly Awards winner for his short dance films "The Killing Fields," "Impossible Dream," and "Come Together." Jonathan is also the associate director and choreographer for Broadway Bares, an annual fundraiser produced by Broadway Cares/Equity Fights AIDS.