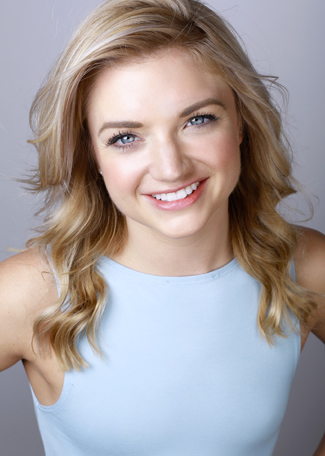 Kaitlynn Edgar grew up dancing at Spotlight Dance Works, a studio in Chesterfield, Michigan. There she studied contemporary, jazz, tap, ballet, lyrical, modern, and hip hop. Upon graduation Kaitlynn was accepted into the Juilliard School, but chose to go on an international tour with a contemporary ballet company, Rock the Ballet as a principal dancer.

After touring she moved to Los Angeles where she has danced for Travis Wall's Shaping Sound, Nicki Minaj, David Guetta, Camilla Cabelo, and many other artists. She has been featured on many television shows such as The Talk, All the Right Moves, The American Music Awards, the Late Late Show, SNL, and The Secret Life of an American Teenager.

Now living in New York has worked on the preproduction teams for the broadway show CATS, Bandstand the Musical, Moulin Rouge, and the remake of Dirty Dancing. Kaitlynn works for a touring dance convention, New York City Dance Alliance, teaching students all over the country. She is super excited to create and dance with you all!!!