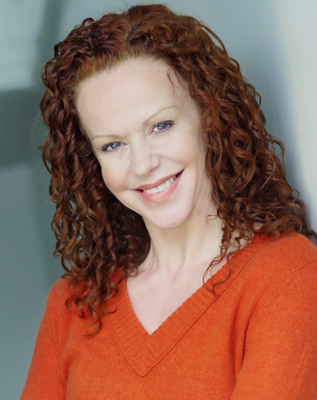 In 2012 she played Nickie in Sweet Charity and was associate choreographer with Randy Slovacek at the Lyric Theater, OK. Kat debuted and performed in her new piece, 'Wounded but not Hurt', with four gloriously talented and seasoned Broadway male dancers to critical acclaim in the 2013 performance of Dancers Over 40, 'The Story of Our Lives'. In 2013,14, 15, and 2017 Kat was associate choreographer to Randy Slovacek at the Sacramento Music Circus and played Hunyak in Chicago, Laura (Larry) in A Chorus Line, Edna (Mayors Wife) in Bye Bye Birdie and just recently, Sister Act. Kat was one of the stars in Tricia Brouks new musical smash hit 'Committed'.

Kat is a company member of the Visible Ink patient writing program for cancer patients at Memorial Sloan Kettering Cancer Center in NYC. Visible Ink allows patients to write about any topic of their choice, in any form of memoir, fiction, personal essays, poetry, stage or screenplays, etc. - and be mentored by Emmy and Tony Award-winning writers, NY Times bestselling authors, and editors and writers from the nation's most popular magazines. Each year an anthology is published of their works, and then selected works are chosen for a staged reading featuring actors, singers and dancers from film, television, and the Broadway stage. Kat is an original company member and has appeared in all 10 years of staged readings as an actress and as a dancer.

Kat has her own Branded workout (KatMoJAMTM) She filmed her first video KatMoJAM 'The Beginning'.
May 2012 and it is available on her website. KatMoJAM has been featured in Shape Magazine and on 'The Better Show'.
Her website is www.katmojam.com

Kat has taught all over the world. She also has been a guest teacher for the Summer Intensives at Steps Youth Programs and American Academy of Ballet at Purchase College. Since August 2014, Kat has also been working in North Carolina and has developed a Jazz curriculum for dancers ages range from 7 to 18. In 2017 Kat established her own Non-for-profit Jazz company for ages 7 to 18 years and directs and choreographs two shows a year. With the help of the wonderful choreographers she hires, Kat strives to create a professional safe environment for the dancers to learn how a professional company works. She contracts people who will challenge and prepare the dancers who wish to continue on into the field of professional performing.