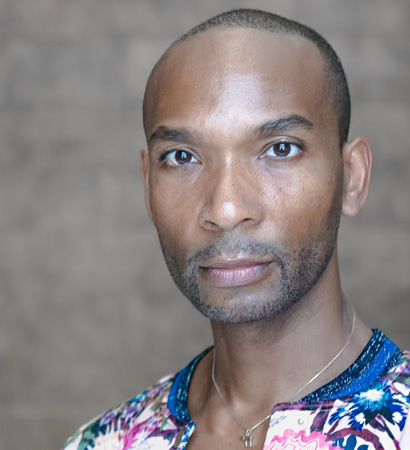 Kelby Brown, is an American born dancer, choreographer, teacher and adjudicator from St. Louis, Missouri. He received his early training at the Pelagie Green Wren Academy of Dance, as well as Alexandra School of Ballet. He went on to study at Walnut Hill School of the Arts. Kelby received a full scholarship to continue his professional training at the School of American Ballet, the official School of the New York City Ballet, known as SAB.

While attending SAB he got to perform with NYCB in its productions of George Balanchine's, "Coppélia", "Davidbündlertänze" and Peter Martins, "Sleeping Beauty". As a classically trained dancer, he performed with State Ballet of Missouri, Ballet Chicago, Pennsylvania Ballet, Pacific NW Ballet and Los Angeles Ballet. He danced featured roles on some of the most notable stages including, The Metropolitan Opera at Lincoln Center, the Los Angeles Opera and Cirque du Soleil's, "Mystère". Some of his favorite roles and ballets consists of Balanchine's, Allegro Brilliante, Stravinsky's Violin Concerto, Kammermusik, Western Symphony and Graciela Daniele's, Armida for The Metropolitan Opera. After Cirque he was invited to join Celine Dion's, "A New Day" Las Vegas Show, Directed by Franco Dragone and Choreographed by Mia Michaels.

He has worked with other musical artists such as Madonna, Lady Gaga, Justin Timberlake, Melody Gardot, Elton John and Usher. He has appeared on So You Think You Can Dance, dancing alongside Lady Gaga and he has assisted Emmy Nominee Choreographer, Stacey Tookey and Emmy Award Winning, Choreographer, Mia Michaels on So You Think You Can Dance. Kelby graced the big screen dancing in, "The Dance Flick", "Transformers 2", Showtime's Television Series, "Weeds" as well as the hit TV show, "Gossip Girl", dancing with Blake Lively. Kelby, the Choreographer, joined forces with Director, Ryan Shiraki, on the big screen for the movie Spring Breakdown. His moves were showcased by the star studded cast, including Amy Poehler, Parker Posey and Rachel Dratch. He reunited with Ryan Shiraki, to choreograph for the hit MTV show "Awkward".

Kelby's Choreographic stage credits include, Zombie Strippers the Musical, where his choreography was quoted as being, "The Star of the Night", according to Broadway World review. He was also invited to create a special work to pay homage to the legendary founder of the Dance Theatre of Harlem, Mr. Arthur Mitchell for, "Opera Noire". Kelby choreographed the 20th Anniversary of The Kids Choice Awards, where he got to work exclusively with multi-platinum recording artist Justin Timberlake.

Kelby's dedication to the art of dance naturally carries a presence in teaching. Kelby's expertise in the art of dance has made him a highly sought after instructor and coach. He has held faculty positions at some of the most prestigious institutions including American Ballet Theater, Alvin Ailey, Joffrey Ballet, Ballet Chicago, State Ballet of Missouri and Broadway Dance Center. Kelby continues to teach and inspire, nationally and internationally and is noted as a memorable influence in the dance community.