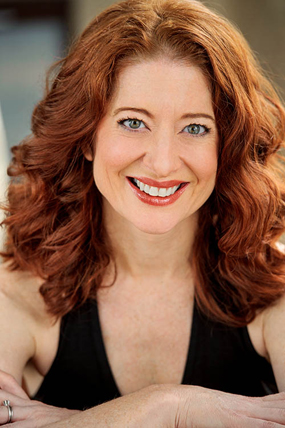 Lainie Munro is a New York City-based director, choreographer, and performer. She choreographed Sweet Charity for New Haarlem Arts Theater, which won her the 2012 AUDELCO award for Best Choreography. Her work on Sweet Charity earned her praise from critics and was described in the New York Times as "new, exhilarating choreography."

Other choreography credits include: an episode of "Hope and Faith" starring Kelly Ripa, Oklahoma! starring Rue McClanahan for the Broadway Series of Charlotte, Das Barbecu for the Arvada Center in Denver, Cabaret for Music Theatre of Connecticut, and Crazy For You and Legally Blonde for Florida State University's Mainstage. Additional regional productions include: Seven Brides..., Barnum, Grand Hotel, and Fiddler on the Roof.

Her directing credits include: Great Day for the Library of Congress in Washington, D.C. starring Norm Lewis, Christiane Noll, and Davis Gaines, Cabaret for Weathervane Rep, and That's Entertainment and Swing Time- two Mainstage shows she created for Cunard's Queen Elizabeth 2. She also choreographed for designer Christian Louboutin and Piper Heidsieck champagne for the Fashion's Night Out event in New York City.

As a performer, Lainie was in the Cameron Mackintosh/National Theatre of Great Britain production of My Fair Lady, directed by Trevor Nunn and choreographed by Matthew Bourne. The show toured 26 cities across the USA, including the Kennedy Center Opera House in Washington, D.C. Lainie also originated the role of Margolis McCloud in The Unlikely Adventure of Race McCloud, Private Eye, which enjoyed a sold out run in NYC's Fringe Festival. Regional roles include Velma in Chicago, Diana in Of Thee I Sing, Helene in Sweet Charity, Kristine in A Chorus Line and Phyllis on the European tour of 42nd Street. Lainie recently played the role of Flo Manero in Saturday Night Fever onboard the Royal Caribbean vessel The Liberty of the Seas, touring Europe and the Caribbean Islands.

In addition to her work as a director, choreographer, and performer, Lainie also has an extensive teaching career and is a frequent guest artist for master classes in Musical Theatre both in the U.S. and internationally. She was a guest artist at the Alex Martinez School of the Arts in Asuncion, Paraguay for their 2015 and 2016 Musical Theatre Intensive. Lainie was also a guest artist for the Musical Theatre Intensive at McDonald College of Performing Arts in Sydney, Australia. She has been invited to Christchurch, New Zealand in June 2017 to be a guest judge and teacher at the New Zealand Dance Awards. She has taught Broadway Theatre Dance for the Musical Theatre Intensive Program at NYU's C.A.P. 21 Conservatory and is a guest teacher at Steps on Broadway, Alvin Ailey, and Broadway Dance Center in New York City. She is also the Artistic Director of The Broadway Big Brother/ Big Sister Program- a program she created in 2001 that pairs Broadway dancers with aspiring young performers, giving them an opportunity to work together through rehearsals and performances. Lainie was selected as a finalist for the Woman's Day Magazine Awards, "Women That Inspire Us", for her work with the Broadway Big Brother/ Big Sister Program.

Lainie holds a B.F.A. in Musical Theatre from Florida State University. She is a member of the Society of Stage Directors and Choreographers and the Actors' Equity Association.